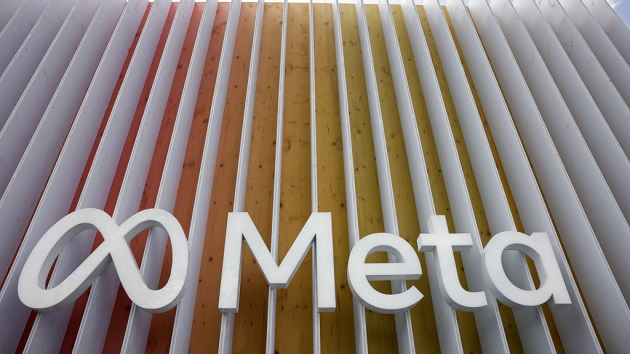 (NEW YORK) — Meta said it is focused on continuing to disrupt emerging cybersecurity threats, including “perception hacking” efforts that could attempt to create unjustified fears about the security of U.S. elections.

Since 2017, the company says it has been able to disrupt the activities of coordinated networks aimed at manipulating users with fake accounts using coordinated inauthentic behavior. The efforts have been successful at driving these networks off of Facebook and have made it harder for other entities to maintain access on the social media platform, Meta says.

Meta says in the report that cyberespionage actors tend to target individuals across the internet in an effort “to collect intelligence manipulate them into revealing information and compromise their devices and accounts.”

Meta’s Facebook took action on two separate cyberespionage operations from South Asia this past quarter, both of which used malware to infect users’ devices. One of the operations was from the hacker group known as Bitter APT, the report says.

The report also revealed the company had removed networks promoting misinformation and harassment in India, Indonesia, Greece and South Africa.

The Russian operation, the self-proclaimed CyberFront Z, focused on targeting global discourse on the war in Ukraine, the report says.

The pro-Russia operation attempted to mirror the anti-war communities defending Ukraine through the use of fake accounts run by paid posters, the report says. Despite the effort, pro-Ukraine and anti-war comments typically outnumbered the pro-Russia group’s comments.

Ahead of the U.S. midterm elections, a spokesperson for Meta told reporters the company has not seen any coordinated inauthentic behavior operations specifically targeting the November elections.

But the company warns of the idea of perception hacking — capitalizing on the public’s fear of influence operations by trying to create the false perception of widespread manipulation, even if there is no evidence.

David Agranovich, Meta’s director of threat disruption, told ABC News, “as we go into the midterm elections, I think the thing we’re particularly working to make sure we’re ready for is these perception hacking offers where the operations go anywhere where they tried to get eyeballs and amplification from other people talking about how effective they were.”

Agranovich said its important to counter these efforts.

“Make sure people understand that they’re just sometimes not that effective,” he said. “And yet, we’ll still be on high alert. We haven’t seen the CIB’s yet but we’re gonna keep watching.”