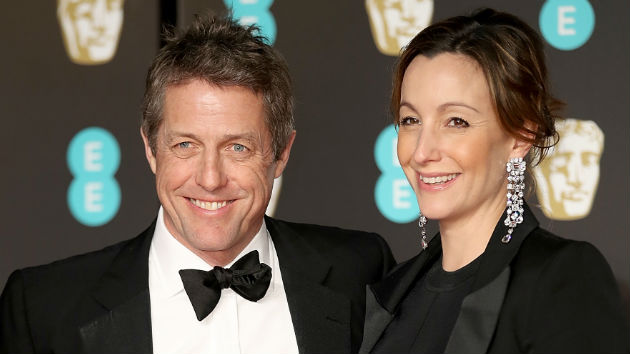 Photo by Mike Marsland/Mike Marsland/WireImage(LONDON) — Hugh Grant has finally put a ring on it, tying the knot with his longtime girlfriend, Swedish TV producer Anna Eberstein, according to E! Online.

Grant, 57, and Eberstein, 39, reportedly got married at London’s Chelsea Register Office on Friday. Photos obtained by the entertainment website show the couple celebrating with friends.

The couple, who have reportedly been dating for the past six years, recently welcomed their third child. They also have a 2-year-old daughter and a 5-year-old son.

The Love Actually star also has a 5-year-old son and a 6-year-old daughter with former girlfriend Tinglan Hong.

Grant previously dated actress Elizabeth Hurley for 13 years before splitting up in 2000.