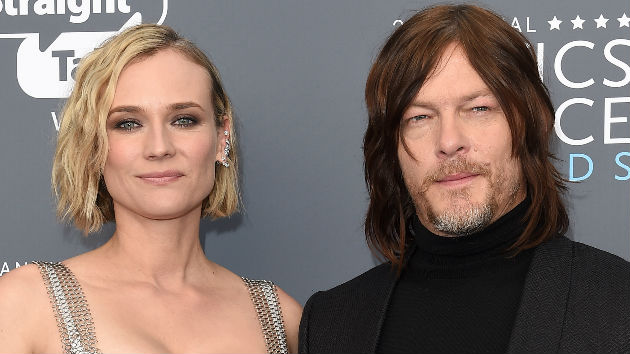 The Inglorious Basterds actress first fueled baby rumors during an appearance at the Cannes Film Festival earlier this month, when she wore a billowing gown that appeared to be hiding a baby bump.

Kruger, 41, was also seen abstaining from alcohol at various events, according to the New York Post, and last Thursday, she shared a black and white photo of herself on Instagram, next to a footprint emoji.

Kruger and Reedus, 49, sparked dating rumors when they were spotted kissing in New York City a little over a year ago, according to Us, and made their debut as a couple at the Golden Globes this past January.

This will be the first child for Kruger, who was married to French actor Guillaume Canet from 2001-2006, and dated Dawson’s Creek alum Joshua Jackson from 2006-2016.

Reedus dated model Helena Christensen from 1998 to 2003 and they share an 18-year-old son, Mingus Lucien Reedus.

The Walking Dead returns for its ninth season this fall on AMC.