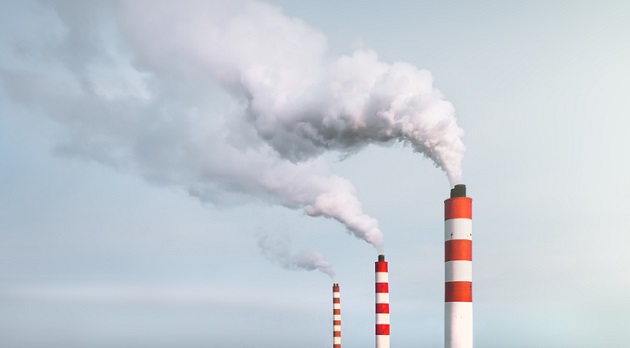 (NEW YORK) — One out of every six deaths in 2019 were attributed to pollution, according to a new estimate published in The Lancet Planetary Health.

The analysis, led by an international team of scientists, indicates that pollution played a role in 9 million deaths globally in 2019 — the year before the COVID-19 pandemic. This impact on health is higher than malaria, tuberculosis, HIV, drugs or alcohol. Experts said it’s not clear how the global pandemic will impact the analysis moving forward.

Despite improvements made in water pollution in recent years, a rise in air and chemical pollution means the death rate has been relatively unchanged since 2015. Air contamination alone contributed to an estimated 75% of the reported deaths.

“Air pollution is similar to smoking cigarettes. It damages the lungs, preventing us from absorbing oxygen we need for life,” said Dr. Keith Martin, executive director of the Consortium of Universities for Global Health and co-author of the paper.

Another primary concern is the growing numbers in chemical and heavy metal pollution, particularly lead poisoning. High concentrations of lead in the blood can cause problems with the heart, kidneys and cognition. This type of pollution arises from batteries and electronic waste, such as computers.

According to the World Health Organization, The Lancet report’s estimates of deaths from lead and chemical pollution are in line with 2019 WHO estimates.

“They are like little trojan horses, those particles, they have toxic chemicals, lead… carcinogens, and once that gets into the bloodstream, it’s like a guided missile” said Dr. Philip Landrigan, director at the Global Observatory on Planetary Health at Boston College and co-author of the report.

The U.S. and other high-income countries have made some strides to combat pollution, such as through the Clean Air Act. Many low- and middle-income countries are facing the brunt of the effects, accounting for most of the deaths reported. But experts say pollution doesn’t know borders — and pollution in one country can lead to health consequences on a global scale.

“Both climate change and pollution are global problems that require global solutions, and it is in the vital interest of people in the U.S. to help make this transition happen globally with all deliberate speed,” Dr. Robert Dubrow, professor of environmental health at the Yale School of Public Health.

The scientists who led the recent analysis hope the report will spur politcal action. Proposed avenues for change include standardizing monitoring of pollution levels, investing in research, strengthening pollution control partnerships and highlighting this issue in the United Nations Sustainable Development Goals. Transitioning the use of fossil fuels — coal, oil and gas — to clean, renewable energy sources are ways the researchers propose society could level improvements. Individually, researchers call for people to limit their carbon footprint, such as limiting meat consumption, avoiding waste, or walking or biking as a means of transport when possible.

“Addressing pollution is a political choice. We must all advocate at all levels of government and in our communities to scale up known interventions that reduce our dependence on fossil fuels… and engage in source control for dangerous chemicals and heavy metals,” Martin added.

As the world is faced with worsening air quality and rising chemical contamination levels, experts believe that deaths due to pollution will continue to rise in the coming years if interventions are not made.

“There are incredible projections which have concluded the deaths from ambient air pollution could double in number by 2050 if we don’t take aggressive measures to do something about it,” Landrigan said.

Dr. Rebecca Fujimura is a Family Medicine resident physician at MedStar Health/Georgetown-Washington Hospital Center and is a contributor to the ABC News Medical Unit.