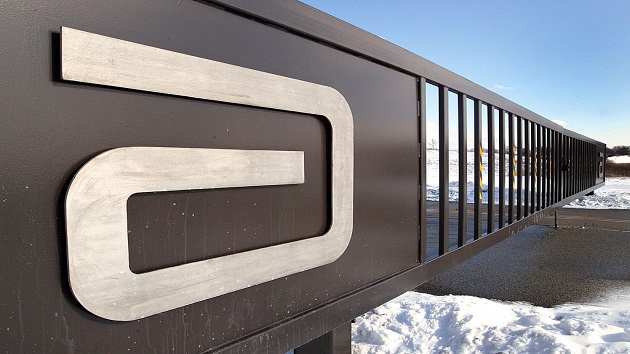 (STURGIS, Mich.) — Abbott is announcing Friday their Sturgis, Michigan plant is restarting production of their largest and most popular infant formula, Similac.

Previously, the troubled plant had only restarted a fragment of its production, after bacterial contamination concerns inside the facility had prompted a months-long voluntary recall and shutdown.

The closure at the largest formula manufacturer in the country ricocheted across the infant formula industry and exacerbated the supply shortage, forcing families to scramble for alternatives in the hyper-concentrated formula market.

Then in June — less than two weeks after it had finally restarted some of its formula production — severe weather and flooding forced the plant to close once again to “assess damage,” “clean and re-sanitize the plant.”

In July, Abbott announced they were opening the lines for their specialty hypoallergenic formula, EleCare, along with some metabolic formulas — but still, not its most popular and widely used Similac.

The company is now announcing it has restarted Similac production, paving the way for an eventual infusion of formula into the U.S. market, once the plant gets back up to full speed — after what has been a months-long scarcity on American grocery shelves.

The discovery of Cronobacter sakazakii bacteria inside Abbott’s Sturgis plant prompted a massive voluntary formula recall in February, after four babies who had consumed Abbott’s formula contracted a Cronobacter infection. Two of the infants subsequently died, although Abbott maintains there has not been conclusive evidence that its formula caused the infant illnesses, since none of the Cronobacter strains found at their plant matched the two samples genetically sequenced from the sickened infants. Ultimately, it was the combined findings of Cronobacter inside Abbott’s plant — along with a pattern of serious operational deficiencies and consumer complaints — which led to its closure.

Now that they are reopening Similac production, Abbott estimates it will take about six weeks for them to begin shipping it to retail locations “as it enters into production, enhanced pre-and post-production testing, and cycles through shipping and retail distribution networks,” a spokesperson said.

Abbott tells ABC News that during its shutdown and systems overhaul, there have been “a couple” instances where they have again found Cronobacter within batches of their formula. In each case, they say they have found it, addressed the issue, and destroyed the affected product.

This is, essentially, the oversight system at work: Cronobacter can be widely found in the environment — but in infants, it can be deadly — which is why rigorous safety and quality control procedures at plants like these are so important, experts have previously told ABC News.

“Restarting a large manufacturing facility after a several-month shut down is a complex process, and it takes time to ensure that equipment, processes and production are functioning smoothly and sustainably,” an Abbott spokesperson said in a statement to be posted tonight on their site. “It’s taken us time to ramp up production consistently to these high standards. There have been – and likely will be – stops and starts from time to time. We’ve experienced events like severe weather, we’ve had to make mechanical adjustments, and we’ve had to discard some early production batches that didn’t meet our standards.”

“As we’ve said, we have a zero-tolerance policy for Cronobacter or any pathogen in our plants. Cronobacter is naturally and commonly found in the environment and our quality systems are designed to find it and destroy it when it’s present, as it sometimes is with all manufacturers. That is why we test for it regularly and take steps to eliminate it if and when we find it, is why we took the steps we did in Sturgis in February, and is what guides our approach today,” the spokesperson said.

“If our quality systems detect the presence of Cronobacter in product testing, we suspend production while we investigate and coordinate closely with the FDA. Since our restart, this has occurred with a couple of batches, and in those cases we found the issue, addressed it and no affected product has been or will be distributed. This confirms our quality systems work.”