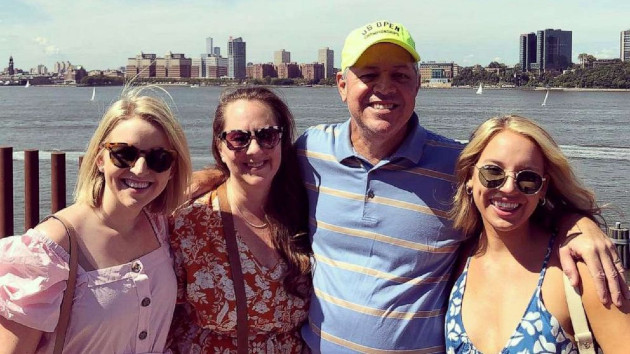 (NEW YORK) — A dad mourning the loss of his 26-year-old daughter is sharing an emotional message on mental health.

David Sheats shared on Instagram that his daughter, Savannah Sheats, died by suicide.

“I’ve been reluctant to express that, but I think it’s important,” he wrote in a message shared by another daughter, Alex. “With a young child, a skinned knee is one thing. A hug and a band aid will normally cure the tears. As that child becomes a young lady, the task becomes more difficult. There are no cuts, bruises, bumps you can make better. The pain is internal.”

Savannah Sheats, of Atlanta, was reported missing by her family on Aug. 17, and was found by police one day later, according to local ABC affiliate WSB-TV.

Her father described her as a “giver, overachiever, and genuine person,” who “never met a stranger.”

Describing his family’s loss, David Sheats wrote that their hearts are “broken into a million pieces.”

He wrote that while he remembers his daughter and mourns her death, he wants to, “bring awareness for others in similar situations, so that their outcome is a positive one.”

“As a dad and parent, I’ve learned a difficult lesson,” he wrote. “When your child or anyone reaches out for help, take it seriously. I knew there were issues but I could have done more.”

Citing the coronavirus pandemic as a time that people have felt disconnected and anxious, David Sheats also urged people to help one another.

“Help at least one person. Do it today. Don’t wait,” he wrote. “Everyone needs help at points. As the saying goes, ‘no man is an island.’ We need each other.”

In the United States, suicide is the 12th leading cause of death, according to the American Foundation for Suicide Prevention.

Over the last two years, a more widespread focus has been placed on suicide prevention and mental health care in acknowledgment of the pandemic’s impact on Americans’ mental health.

In July, a new three-digit phone number, 988, was launched as a way to make mental health care more accessible.

People can now call or text 988 and access a free and confidential help line, now known as the Suicide and Crisis Lifeline, that is available 24 hours a day, seven days a week.

“988 is easy to remember,” Jessica Rosenworcel, chairwoman of the Federal Communications Commission, said in July when the new number launched. “Now we have to make it clear to the entire country that it is a sign of strength to call it and use it, and not a sign of weakness.”

If you are experiencing suicidal, substance use or other mental health crises please call or text 988. You will reach a trained crisis counselor for free, 24 hours a day, seven days a week. You can also go to 988lifeline.org or dial the current toll free number 800-273-8255 [TALK].