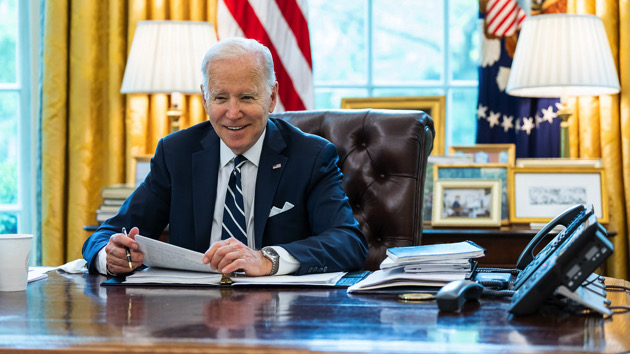 The Cancer Panel is part of Biden’s Cancer Moonshot Initiative, which was relaunched in February, with a goal of slashing the national cancer death rate by 50% over the next 25 years.

Biden will appoint Dr. Elizabeth Jaffee, Dr. Mitchel Berger and Dr. Carol Brown to the panel, which will advise him and the White House on how to use resources of the federal government to advance cancer research and reduce the burden of cancer in the United States.

Jaffee, who will serve as chair of the panel, is an expert in cancer immunology and pancreatic cancer, according to the White House. She is currently the deputy director of the Sidney Kimmel Comprehensive Cancer Center at Johns Hopkins University and previously led the American Association for Cancer Research.

Brown, a gynecologic oncologist, is the senior vice president and chief health equity officer at Memorial Sloan Kettering Cancer Center in New York City. According to the White House, much of her career has been focused on eliminating cancer care disparities due to racial, ethnic, cultural or socioeconomic factors.

Additionally, First Lady Jill Biden, members of the Cabinet and other administration officials are holding a meeting Wednesday of the Cancer Cabinet, made up of officials across several governmental departments and agencies, the White House said.

The Cabinet will introduce new members and discuss priorities in the battle against cancer including closing the screening gap, addressing potential environmental exposures, reducing the number of preventable cancer and expanding access to cancer research.

It is the second meeting of the cabinet since Biden relaunched the initiative in February, which he originally began in 2016 when he was vice president.

Both Jaffee and Berger were members of the Blue Ribbon Panel for the Cancer Moonshot Initiative led by Biden.

The initiative has personal meaning for Biden, whose son, Beau, died of glioblastoma — one of the most aggressive forms of brain cancer — in 2015.

“I committed to this fight when I was vice president,” Biden said at the time, during an event at the White House announcing the relaunch. “It’s one of the reasons why, quite frankly, I ran for president. Let there be no doubt, now that I am president, this is a presidential, White House priority. Period.”

The White House has also issued a call to action to get cancer screenings back to pre-pandemic levels.

More than 9.5 million cancer screenings that would have taken place in 2020 were missed due to the COVID-19 pandemic, according to the National Institutes of Health.

“We have to get cancer screenings back on track and make sure they’re accessible to all Americans,” Biden said at the time.

Since the first meeting of the Cancer Cabinet, the Centers for Disease Control and Prevention has issued more than $200 million in grants to cancer prevention programs, the Centers for Medicaid & Medicare Services implemented a new model to reduce the cost of cancer care, and the U.S. Patent and Trademark Office said it will fast-track applications for cancer immunotherapies.