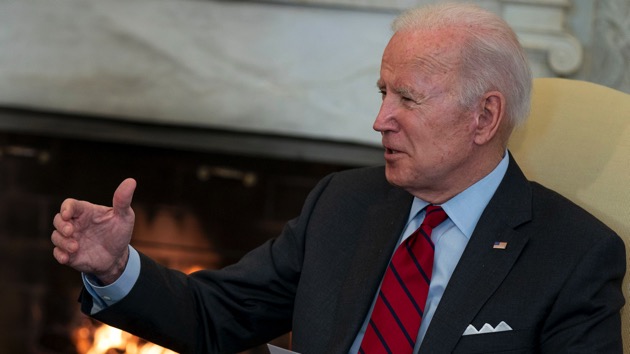 (WASHINGTON) — President Joe Biden on Wednesday will relaunch the federal government’s cancer “moonshot” initiative, with the goal of cutting the death rate from cancer in half over the next quarter-century, according to the White House.

The initiative is personal for Biden, who lost his son Beau to brain cancer in 2015 and who first launched the initiative as vice president.

After the Obama presidency, Biden and wife — and now first lady — Jill Biden founded a nonprofit foundation dedicated to finding a cure for cancer.

In 2016, Congress authorized $1.8 billion in funding for the initiative over seven years. There’s $410 million left for the next two fiscal years.

In addition to cutting today’s age-adjusted death rate from cancer by at least 50% over the next 25 years — after it has fallen by about 25% over the past 20 years — the initiative will aim to “improve the experience of people and their families living with and surviving cancer,” the White House said.

“Taken together, these actions will drive us toward ending cancer as we know it today,” the White House said.

On Wednesday, Biden and the first lady will also announce “a call to action on cancer screening to jumpstart progress on screenings that were missed as a result of the pandemic, and help ensure that everyone in the United States equitably benefits from the tools we have to prevent, detect and diagnose cancer,” according to the White House.

More than 9.5 million cancer screenings were missed in the U.S. because of the COVID-19 pandemic, the White House said.

“The scientific advances that we saw from the COVID-19 pandemic, from the response to it, also points to things that are possible today,” the official said.

One example, according to the White House, is that the re-launched initiative will aim to “study and evaluate multi-cancer detection tests, like we did for COVID-19.”

Other goals, according to the White House, include increasing equitable access to screening and prevention — with at-home screening, mobile screening, and community health networks, as well as “accelerating efforts to nearly eliminate cervical cancer through screening and HPV vaccination, with a particular focus on reaching people who are most at risk.”

On Wednesday, Biden will speak at an event in the White House’s East Room, joined by about 100 members of the cancer community — patients, survivors, researchers, advocates, caregivers, members of Congress and others — according to a senior administration official. The first lady and Vice President Kamala Harris (whose mother was a breast cancer researcher) will also make remarks, the official said.