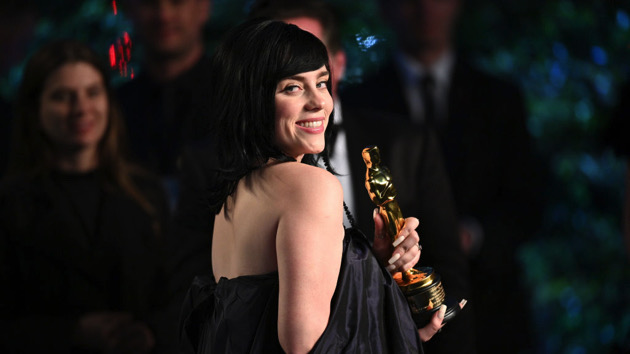 (NEW YORK) — Billie Eilish is opening up about living with Tourette’s syndrome.

In a new episode of David Letterman’s series My Next Guest Needs No Introduction, the singer, who was diagnosed at the age of 11, spoke about her tics and living with the disorder.

During the interview, Eilish appeared to start “ticcing.” When Letterman asked about it, she said, “It’s really weird; I haven’t talked about it at all.”

She added, “I’m very happy to talk about it. I actually really like answering questions about it because it’s really interesting, and I am incredibly confused by it. I don’t get it.”

The “Happier Than Ever” singer then detailed her various tics, including wiggling her ear, raising her eyebrow, clicking her jaw, moving her head, opening her mouth and flexing various muscles in her arms.

“These are things you would never notice if you’re having a conversation with me, but for me, they’re very exhausting,” she said.

Eilish said she had been unhappy with her tics, but now, she told Letterman, they’re a “part” of her. “I have made friends with it, so now I’m pretty confident in it,” she said.

“So many people have it and you’d never know. A couple [other] artists have come forward and said, ‘I’ve always had Tourette’s,'” Eilish revealed. “And I’m not going to out them because they don’t want to talk about it. But that was really interesting to me because I was like, ‘You do? What?'”