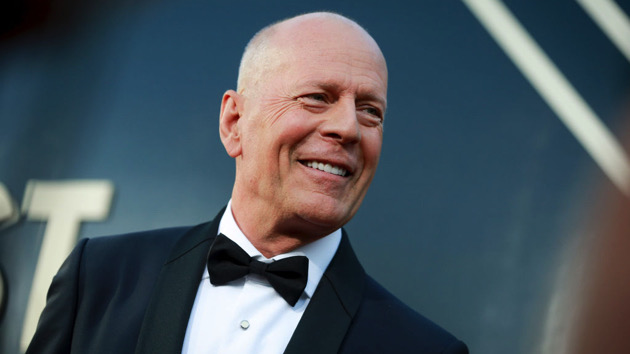 (NEW YORK) — Bruce Willis’ family has announced the actor has been diagnosed with aphasia and is “stepping away” from his career due to the diagnosis.

The 67-year-old actor’s wife, Emma Heming Willis; his ex-wife, Demi Moore; and his daughters shared a photo of him on Instagram on Wednesday with a lengthy message on his health.

“To Bruce’s amazing supporters, as a family we wanted to share that our beloved Bruce has been experiencing some health issues and has recently been diagnosed with aphasia, which is impacting his cognitive abilities,” their message began. “As a result of this and with much consideration Bruce is stepping away from the career that has meant so much to him.”

According to the Mayo Clinic, aphasia is “a condition that robs you of the ability to communicate,” and the disorder can impact one’s “ability to speak, write and understand language, both verbal and written.”

The medical nonprofit says the language disorder “typically occurs suddenly after a stroke or a head injury.”

There are several different types of the language disorder, and the condition “usually occurs suddenly, often following a stroke or head injury, but it may also develop slowly, as the result of a brain tumor or a progressive neurological disease,” according to the National Institute on Deafness and Other Communication Disorders.

The impact of treatment depends on “the cause of the brain injury, the area of the brain that was damaged and its extent, and the age and health of the individual,” according to the NIDCD.

The disorder affects around 2 million people in the United Statues, the National Aphasia Association says, and almost 180,000 Americans are diagnosed with it every year.

The Die Hard actor’s family did not provide further details on his condition but did expression their gratitude for support from his fans.

“This is a really challenging time for our family and we are so appreciative of your continued love, compassion and support,” the message from the actor’s family read. “We are moving through this as a strong family unit, and wanted to bring his fans in because we know how much he means to you, as you do to him.”

“As Bruce always says, ‘Live it up,’ and together we plan to do just that,” they added.