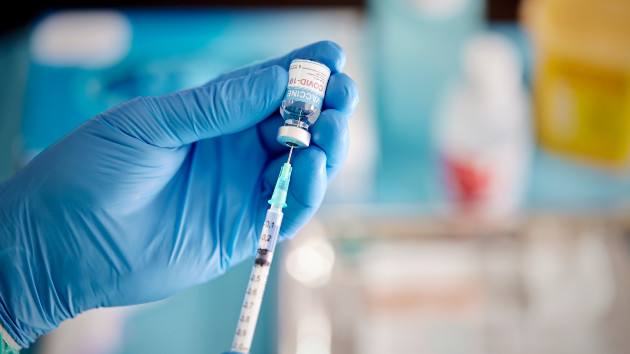 (NEW YORK) — Following the nation’s latest COVID-19 resurgence, the Centers for Disease Control and Prevention announced on Thursday that it is “strengthening” its recommendation for Americans over the age of 12 who are immunocompromised, and those over the age of 50, to receive their second booster shot.

“Whether it is your first booster, or your second, if you haven’t had a vaccine dose since the beginning of December 2021 and you are eligible, now is the time to get one,” officials said.

During the meeting of the CDC’s independent advisory committee for immunization recommendations on Thursday, CDC director Dr. Rochelle Walensky also re-emphasized the importance of older Americans getting boosted, given concerns over waning immunity amid the nation’s latest COVID-19 surge.

“Only 38% of those 50 to 64 and 43% of those 65 and older have received a vaccine dose in the past six months. This leaves about 60% of older Americans without the protection they may need to prevent severe disease, hospitalization, and death,” Walensky said. “We know immunity wanes over time, and we need to do all we can now to protect those most vulnerable.”

Although more than 90% of seniors have been fully vaccinated, a third of them have yet to receive their first COVID booster, the CDC found.

A recent ABC News analysis of federal data found that a growing proportion of COVID-19 deaths are occurring among the vaccinated.

The increase in breakthrough deaths comes as a growing proportion of older Americans enter the hospital for COVID-19-related care.

Following the vaccination of high-risk, older populations, in the winter and spring of 2021, the share of Americans ages 65 years and older in the hospital had dipped to a pandemic low — with younger populations representing the largest shares of people requiring care.

However, in recent months, as the omicron surge became dominant, the average age of those in the hospital with COVID-19 has steadily become older, once again.

More than 55% of those currently hospitalized with COVID-19 are over the age of 65, CDC data shows, representing the highest percentage of seniors receiving care since the onset of the pandemic.

In addition, despite overall high initial vaccination rates reported among older populations, during the omicron surge, nearly three-quarters of confirmed COVID-19 deaths have been among those 65 and older.

During an interview with CBS News, earlier this month, Dr. Anthony Fauci acknowledged that there has been an increase in the number of vaccinated people who are dying of COVID-19, many of whom are elderly, immunocompromised, or have underlying conditions.

“There are vaccinated people who get infected, some of whom go on to severe disease and death. Those are very heavily weighted towards the elderly and those with underlying conditions, those whose immune system is compromised for one reason or another, either through underlying disease or medications that they’re on,” Fauci said.

“As long as you have vulnerable people in the population, even though the unvaccinated are going to be much more at risk, even vaccinated with underlying conditions and a high degree of susceptibility to severe disease will account for those deaths,” Fauci added.

The push to get older Americans boosted comes despite a previously posted recommendation, published by the CDC last week, which states that people could consider waiting to get their second booster, if they have had COVID-19 in the last three months, or if getting the shot now would dissuade them from getting a shot in the fall or in the future.

“A second booster may be more important in fall of 2022, or if a new vaccine for a future COVID-19 variant becomes available,” the CDC says on its website.

During an interview with ABC News’ Good Morning America on Friday, White House COVID-19 coordinator Dr. Ashish Jha told George Stephanopoulos that older Americans should not wait to get the second booster or feel deterred about the possibility of having to get another shot in the fall.

“We have a lot of infection out there right now, and what I am recommending to basically everybody over 50 is given how much infection there is given that extra layer of protection that the second booster offers, that there’s no reason to wait,” Jha said. “People should go out and get that second shot and we’ll see where things are in the fall, and if people need additional, we’ll manage it at that point.”