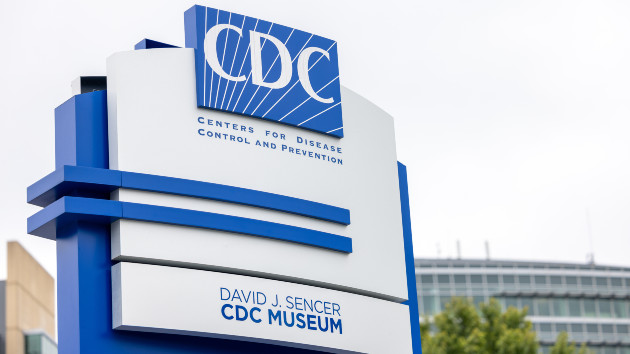 (NEW YORK) — The Centers for Disease Control and Prevention issued a health alert on Friday that common respiratory viruses circulating this fall could lead to a rise in a rare, but serious condition that usually affects children called acute flaccid myelitis, AFM. This condition causes weakness that starts in the arms or legs and can lead to permanent paralysis or become life-threatening in severe cases.

The picture of AFM changed in 2020 when only 33 cases were confirmed. This is believed to be the effect of efforts aimed at mitigating COVID-like physical distancing and masking that led to fewer respiratory viral infections overall. As of early September 2022, 13 cases of AFM have been identified across five states.

But raising concern now is that a specific strain of a virus in the Enterovirus family that is linked to AFM, called EV-D68, has been reported in higher proportions compared to previous years on surveillance testing, the CDC said in the health alert on Friday. Because the neurological complications of AFM occur after the initial respiratory viral infection, there is concern that AFM cases could be on the rise in the coming weeks.

Prevention measures that slow the spread of many viruses can also prevent the viruses that are linked to AFM. The CDC recommends practicing routine hand washing, avoid sharing food or drinks with people who aren’t feeling well, sanitizing surfaces after use by someone who may be sick, and consider wearing a mask around others when experiencing cold-like symptoms.

What are early signs of acute flaccid myelitis

“The warning sign is often, you know, a child who’s recovering from a routine illness and then the recovery stops looking like what you would expect – they’re now getting worse again, and especially if they become weak,” Dr. Matt Elrick, assistant professor of neurology at the Kennedy Krieger Institute who specializes in AFM, told ABC News.

But Elrick said recognizing new weaknesses in kids may be easier said than done because kids may not tell you that they are having weakness in their arms or legs, and instead may say the affected limb hurts, stop using it altogether, or simply appear very tired. This vague onset can make early recognition difficult or delayed.

Still, Elrick said the threat of AFM should not cause panic among caregivers and AFM is rare, noting that asthma flare ups are a more common complication of these viruses compared to AFM.

“This is exceptionally rare even during an outbreak so it’s not something that should necessarily keep everyone up at night. But if your child has an illness and was recovering and is now getting worse again, or not behaving in the way that you might expect the normal recovery from illness to be, that’s a good reason to go see the pediatrician and sort out what’s going on,” Elrick said.

The CDC also said to see a health care provider immediately if you or your child have problems breathing or suddenly have limb weakness and to keep all asthma action plans up to date.