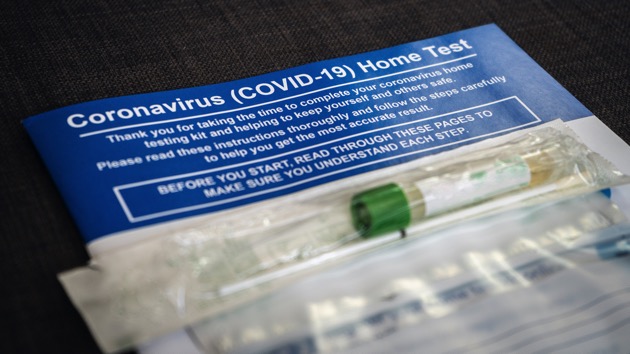 (NEW YORK) — It’s the critical aspect of the fight against the pandemic that the U.S. is still figuring out nearly two years after the first documented cases of COVID-19, which has claimed more than 700,000 American lives: coronavirus testing.

At first, testing supply was extremely limited with long lab turnaround times, and only a handful of Americans could access them before things improved as tests became more widely available. Then suddenly, testing demand dropped as mass vaccinations began.

Now, despite billions of dollars in federal investment and more than 20 months into the pandemic, COVID-19 tests are getting harder to find as millions return to offices and schools.

The struggle to keep up with demand also comes amid shifting federal guidance on who should be tested and when as some companies and schools conduct extensive testing, even in situations that may not require it.

The nation’s largest COVID-19 test manufacturers say they have seen a significant increase in the demand for coronavirus tests. Some major test manufacturers — including Abbott Laboratories — scaled back their production in the spring and early summer when daily testing numbers declined.

Many large test-producing companies say their rapid testing products are quickly flying off store shelves nationwide and are out of stock for online shoppers.

“We’ve ramped up our capacity significantly and, by the end of October, we’ll be producing as many or more rapid tests as we were at the height of our production,” said John Koval, an Abbott spokesperson. “To get there, we’ve hired additional employees and have turned on parts of our self-established manufacturing network.”

Although there is a faster result turnaround for rapid antigen tests, they are not as accurate as PCR (polymerase chain reaction) tests, which often involve a nasal swab. PCR tests are widely considered the gold standard for COVID-19 testing, due to their sensitivity, as they provide a more definitive answer as to whether someone may have active coronavirus.

More than 51 million coronavirus tests were administered in the month of September only the second time this year, after January, when test numbers were comparably high.

According to the Johns Hopkins Coronavirus Resource Center, testing in September increased by a record 82% compared to that period last year when many schools and workplaces were still fully virtual.

The U.S. now conducts nearly 2 million tests a day on average after hitting its peak for the year on Sept. 27 with 3.6 million.

Tests can be administered in a variety of locations, including testing sites, doctor’s offices and even at home and new technology is being developed to make the process easier, more available and cost-effective.

Here’s what we know about the testing landscape in the U.S.:

Return to work and school, in person

The return of Americans to work and school, along with the spread of the delta variant and a small but rising number of breakthrough infections among the vaccinated, created an increase in test demand that many suppliers are only now beginning to catch up with.

“It’s incredibly frustrating that we find ourselves back in this situation that we were in pretty much at the start of the pandemic,” said Dr. Jennifer Nuzzo, lead epidemiologist for the Johns Hopkins Coronavirus Resource Center. “Employers really haven’t pulled back on screening testing that they’re doing even among vaccinated workforce, so that all added together stacks up to a fairly sizable demand for tests.”

Preparing for the return of employees back to the workplace, many U.S. employers have already purchased thousands of COVID-19 tests in bulk.

Prominent investment bank Goldman Sachs, which is based in New York, now requires staff in all of its U.S. offices to take weekly coronavirus tests, even if they’re fully vaccinated.

Other large employers, such as banks, retail stores and supermarkets have begun testing as well, with some using rapid tests and others using self-administered PCR tests.

Labcorb, a U.S. medical diagnostics company, insisted to ABC News that it didn’t reduce its capacity when demand dwindled, and that it has enough supply.

Labcorp sells large quantity collection kits to businesses, which are processed in their labs. Companies can distribute them to their employees to mail in for results.

The company says that equipping businesses both large and small with coronavirus tests is a key priority.

“By making it easier for employees to get tested, we are supporting communities and small businesses across the country,” said Dr. Brian Caveney, chief medical officer and president of Labcorp Diagnostics.

The U.S. Food and Drug Administration, for example, partnered with Labcorp in March to implement a voluntary COVID-19 testing program for agency employees and contractors doing in-person work at government buildings or elsewhere.

Approximately 3,000 PCR tests a month are expected to be provided to FDA employees over the course of the program’s year-long contract.

As vaccinations increased among the general population in early spring, the Centers for Disease Control and Prevention (CDC) loosened mask policies for vaccinated individuals indoors and said that the vaccinated didn’t have to get tested.

Testing companies heeded that guidance, and significantly rolled back their production as their stock prices dipped in response to the lower demand.

But the rapid spread of the delta variant in the summer coinciding with a lull in vaccinations, compelled the CDC to update its guidelines.

The CDC now advises that vaccinated people who come in contact with others who have a confirmed case of COVID-19 get tested regardless of whether they have symptoms, and quarantine only if their test results are positive.

More than 186 million people — 56% percent of the U.S. population — have been fully vaccinated.

Public health experts say that testing protocols for students returning to the classroom, employer testing mandates, in addition to continued spread of the virus, even in a limited way among the vaccinated, is part of what’s driving the demand for COVID-19 tests.

“We’re coming out of a fairly substantial surge of infections, so that has clearly prompted a need for more testing,” said Dr. Nuzzo, from Johns Hopkins. During the summer, the 7-day average of infections surged to levels not seen since the fall and winter spike of last year, when vaccines were not widely available.

When President Biden first took office, he committed to establishing a national pandemic testing board to “massively surge” and guarantee free access to coronavirus testing. But much remains unknown about the goals of the board, particularly when it comes to developing a national testing strategy.

A Health and Human Services spokesperson told ABC News that the board is comprised of officials from across the federal government and “includes a focus on addressing supply issues – the supply group meets regularly to review testing capacity.” Testing strategy has been left largely up to states.

The Biden administration has awarded billions in contracts to private sector companies to surge testing, with the goal of eventually getting those tests widely distributed. But industry experts have observed those actions have not been nearly enough to keep up with the pace of the demand to effectively change the ground game on testing access.

“I don’t know why it wasn’t obvious to everyone that with the fall there would be an increasing demand for testing, particularly because of the push to return kids back to school,” said Nuzzo. “We never had enough tests for that.”

The White House has promised to double the number of rapid tests on the market over the next 60 days with a special focus on reducing test prices, which is still a significant barrier to access for many Americans.

On top of that, the Biden administration recently announced plans for another $1 billion in spending on at-home rapid COVID-19 tests, which officials believe will increase the number of tests available to Americans to 200 million a month, beginning in December.

“The manufacturing is scaling up significantly, doubling across the next couple of months, and we’re just going to keep at it to encourage those manufacturers to increase capacity and to drive down the cost of those tests,” said White House COVID-19 Coordinator Jeff Zients.

The cost of COVID-19 tests in the U.S. varies, as the price often depends on factors including where you live and the type of labs where tests are processed.

While some COVID-19 tests are free and lowly priced, others are not, and even the insured could be left with a sizable bill.

Many rapid antigen tests, which can provide results in a matter of minutes, cost at least $12 at many U.S. retail stores, compared to prices less than half of that in many European Union countries, including Germany and the U.K.

“We have made a fair amount of progress there. Is it enough? No,” said Mara Aspinall, an advisor to the Rockefeller Foundation and professor of practice in the biomedical diagnostics program at Arizona State University. “It’s still too expensive for many Americans who’ve got two kids to buy $65 worth of tests.”

Many retailers including Amazon, CVS, and Walmart are out of stock of Abbott’s Binax Now COVID-19 antigen self-test, which sells for $24.

Testing experts believe that even amid the current COVID-19 testing supply problems, there are other under-utilized tools that can be applied to mitigate the spread of the virus.

“Our focus is surveillance and then outbreak control, and when you do that, we’ll be doing more wastewater testing, more air monitoring, I think we need to be using more COVID sniffing dogs, and scratch-and-sniff tests,” said Aspinall. “We can’t be short-sighted, we need to be thinking about the U.S. and around the world.”