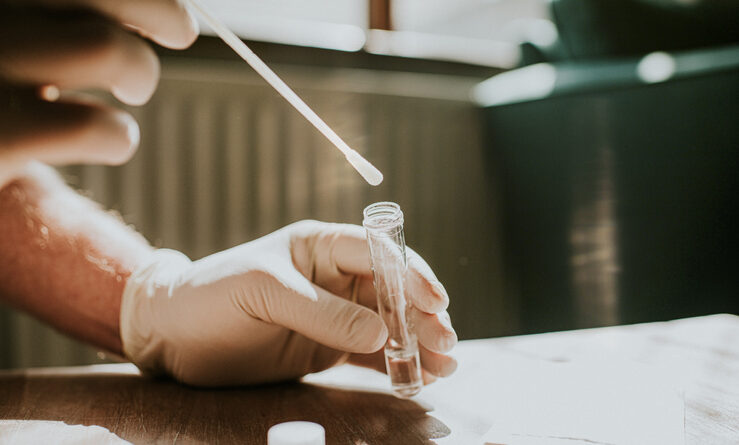 (NEW YORK) — The number of U.S. wastewater sites reporting increases in the presence of COVID-19 in their samples appears to be plateauing after a significant decline in recent weeks.

Federal data shows that about 44% of wastewater sites, which are currently providing data to the Centers for Disease Control and Prevention, have reported an increase in the presence of the COVID-19 virus in their wastewater over the last 15 days, up slightly from the 40% of sites reporting increases one week ago.

Several sites across the Midwest and New York area, in particular, appear to be seeing increases, according to the data. However, it is important to note that data is unavailable for many areas of the country, particularly across much of the South and the West.

Even with plateauing wastewater levels, the new rate of COVID-19 infections continues to fall. The country is currently reporting just under 90,000 new cases each day — marking the lowest daily average since May.

However, notably, testing levels have plummeted in recent months, with now 400,000 tests reported each day — comparatively the lowest total since the onset of the pandemic.

Alongside new cases, hospital admission levels also continue to fall nationally. About 5,000 virus-positive Americans are entering the hospital each day, down by about 14.3% in the last week.

Although there are still about 40,000 virus-positive Americans receiving care in the U.S., overall, the totals remain significantly lower than at the nation’s peak in January, when there were more than 160,000 patients hospitalized with the virus.

Even with the daily cases and hospitalization levels falling, death rates are still very high. The average number of daily COVID-19-related deaths remains just under 400 reported each day.

Thousands are still losing their lives every week, and over the last seven days alone, the U.S. has reported about 2,700 deaths — still one of the highest weekly totals in months.

Although health experts say the U.S. is certainly in a better place than it was two years, with more vaccines and therapeutics available, Americans must realize that the virus continues to circulate and pose a threat to many vulnerable and unvaccinated people.

On Tuesday, Dr. Anthony Fauci, the government’s top infectious disease expert who recently announced that he would step down from his governmental posts, stressed that the U.S. vaccination rate continues to stagnate at an “unacceptabl[y]” low level.

“We have the wherewithal to do it, we have to implement it,” Fauci told CNN. “We still, as I told you several times over the past couple of years, we only have 67% of our population vaccinated and only about half of those have been boosted. That is really unacceptable when you compare us to the rest of the world, including lower- and middle-income countries.”

Just under 70 million Americans are still completely unvaccinated, and more than half of eligible Americans have yet to receive their first booster shot.

Fauci added that it will be critical to use all the tools, such as vaccines and boosters, at the country’s disposal, to avoid continued pain and suffering caused by the virus.

“We’ve got to do better than that,” he said. “This is a formidable virus, no matter what you do, there is going to be suffering and pain. We can alleviate it a lot better if we follow the very obvious public health practices of vaccinating and boosting and hopefully as we get into the fall, and the more updated boosters, particularly the new bivalent boosters that become available in September, that we utilize them.”