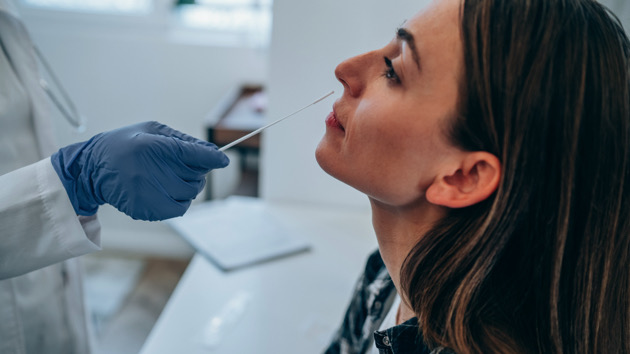 (NEW YORK) — For the first time since May, COVID-19-related hospital admissions are forecasted to increase again in the U.S., as highly infectious omicron subvariants continue to spread, according to updated forecasting models used by the Centers for Disease Control and Prevention.

Hospitalization levels have already been increasing, with nearly 40,000 virus-positive Americans currently hospitalized, according to federal data. Totals are more than double the level they were at this time last summer, when the delta surge was beginning to emerge, and a growing number of COVID-19 positive people are also showing up to emergency departments, data shows.

In the South, where many states are forecasted to see notable increases, hospital admissions have risen by more than 20% in the last week.

Although the overall total remains significantly lower than at the nation’s peak, when more than 160,000 patients were hospitalized with the virus, hospitalizations are still at their highest point since early March.

The forecast also predicts that virus-related deaths will have either a stable or an uncertain trend in the next four weeks.

Even so, more than 5,700 deaths are still expected to occur nationally over the next two weeks. Texas, Oklahoma and California are projected to see the largest death tolls in the weeks to come.

“Deaths are still around 300, but hospitalizations are ticking up. This is something you don’t want to panic about, but we really need to pay attention to it because there are things that we can do to blunt that,” Dr. Anthony Fauci, a senior adviser to the president on the pandemic, told CNN on Wednesday.

Fauci and other federal health officials have been raising the alarm about omicron subvariant BA.5, which they say has been causing a resurgence of infections.

The U.S. is currently reporting more than 118,000 new cases a day, marking the country’s highest daily infection average since mid-February.

Fauci said the current reported case total is likely a “gross underestimate” as the majority of Americans are testing with home kits and not reporting their results to their local jurisdictions.

BA.5 is now the dominant variant in the U.S, accounting for an estimated 65% of new cases in the country. Scientists say it does appear to have a transmission advantage over the original omicron strain, although they do not believe it is more severe than prior strains.

“[BA.5] is certainly the most immune evasive. What we’re seeing is people who were previously infected getting reinfected at high rates, people who were vaccinated last year having a ton of breakthrough infections. It’s something we’re paying a lot of attention to,” White House COVID-19 Response Coordinator Dr. Ashish Jha told ABC News’ George Stephanopoulos on Good Morning America Wednesday.

However, Jha said the vaccines and boosters are still helping blunt the impact of severe disease.