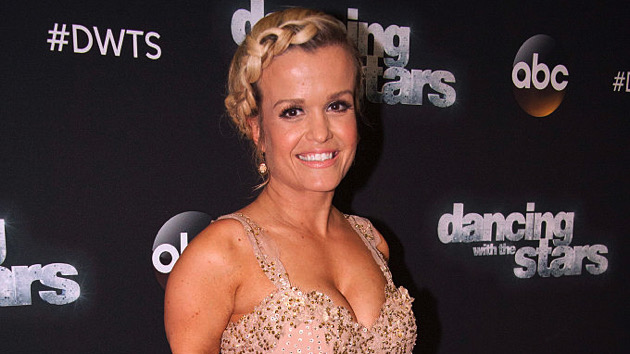 (NEW YORK) — Little Women: LA creator and star Terra Jolé is opening up about her personal health battle hoping to help others, she says.

“I have breast cancer,” the 41-year-old TV personality wrote in the caption. “Hardest call I’ve ever made was this video telling my mom for the first time.”

While she initially felt the cancer on her right side, evidence of cancer was later found in both breasts, Jolé told Good Morning America.

“I had two choices,” Jolé continued. “1. Hide and not share on social media. 2. Take you along the fight with me. Since our lives have been public for the last 10 years, it’s only fair we make this journey together.”

In Jolé’s video post, the Dancing With the Stars alum revealed to her mother that she decided to undergo a double mastectomy, a type of surgery where both breasts are removed, along with cancerous tissue, according to the American Cancer Society. While mastectomies are one of the multiple treatment options for individuals with breast cancer, they are typically reserved for women with high-risk cancers or those who have genetic mutations placing them at increased risk of recurrence.

GMA caught up with Jolé eight days after her surgery, one that she said she opted for to prevent a recurrence of cancer.

“I didn’t want that for my children, I didn’t want to go through this multiple times,” Jolé said. “So I want to take off both now and not think ‘what if’ in the future.”

Jolé has been in the spotlight for years, bringing awareness to skeletal dysplasia, the condition behind her 4′ 2″ stature.

“If I had someone like a friend or someone that experienced this in a positive light, then this would have made the beginning process much easier for me.”

As she takes on her breast cancer journey, Jolé said she is leaning on her family for support.

Jolé’s husband, Joe Gnoffo, told GMA he’s in awe of her strength. “I can’t believe how she’s handling this,” he said.

Jolé’s main message for others is to pay attention to their own bodies and to get care if needed.

“If you feel something, say something. It can be a matter of life or death for you,” Jolé said.

She also encouraged others not to wait too long to seek advice from a doctor. “Ask your OB if it’s something to take a closer look at!” Jolé wrote in another Instagram post Wednesday.

“If they don’t give you a breast exam in their office, find another OB. My OB (whom I love dearly but…) had a 3 month appointment out, so, I found another OB. I couldn’t wait 3 months to know if I was feeling something normal or not normal.”