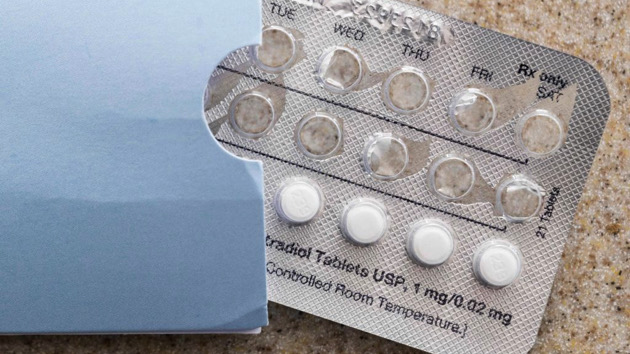 (NEW YORK) — A French-based pharmaceutical company announced Monday that it has asked the Food and Drug Administration to sell over-the-counter birth control pills in the U.S., making it the first business to file an official application.

Currently, hormone-based birth control pills require a doctor’s prescription because of health concerns such as blood clotting in some women. But most doctors say the risk is minimal for the vast majority of the population and note that pregnancy can carry its own significant health risks.

Reproductive rights advocates say an over-the-counter pill would make it easier for women without access to health care to obtain contraceptives.

“In the wake of the overturn of Roe v. Wade, we must pull out all the stops to make it easier and more affordable for everyone to secure contraception and take bold steps to protect women by ensuring that health — not politics — guides medical decisions,” said Michigan Gov. Gretchen Whitmer, a Democrat.

The FDA did not immediately respond to ABC News’ request for comment.

According to the Centers for Disease Control and Prevention, 65.3% of women aged 15 to 49 use contraception, with 14% taking pills.

The move comes weeks after the U.S. Supreme Court overturned Roe v. Wade, which granted people a constitutional right to an abortion for nearly 50 years.

Senate Republican Leader Mitch McConnell had said it was a relief, calling Roe v. Wade “one of the most egregious legal and moral mistakes of the 20th century.”

The fallout from Roe’s reversal has many people worried that the Supreme Court will overturn other constitutionally protected rights.

In his concurrent opinion, Supreme Court Justice Clarence Thomas called for the court to reconsider other cases, including Griswold v. Connecticut, which gave married couples the right to use contraception.