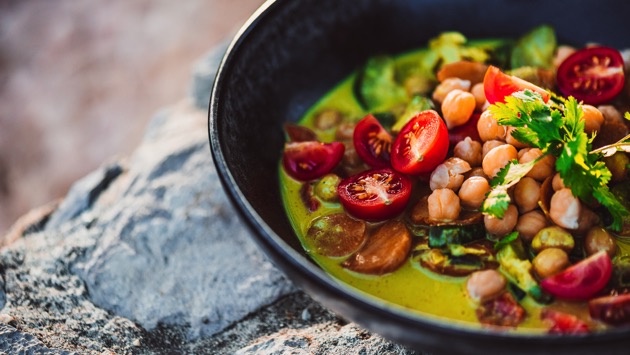 (NEW YORK) — Adding more plants to your diet can add years to your life, according to a new study.

According to the models, a 20-year-old who went all-in on the plant-based diet could add 10 years to their life. Even just making a partial change could add six years of life expectancy.

An 80-year-old who started a plant-based diet could add three years to their life expectancy, according to the study, published Tuesday in PLOS Medicine.

“A sustained dietary change may give substantial health gains for people of all ages both for optimized and feasible changes,” the researchers wrote. “Gains are predicted to be larger the earlier the dietary changes are initiated in life.”

The researchers turned their model into a public online tool, Food4HealthyLife, where users can calculate how dietary changes can change their life expectancy.

A plant-based diet is a way of eating that consists mostly or entirely of foods derived from plants, including vegetables, grains, nuts, seeds, legumes and fruits.

Even small changes make a difference when it comes to trying a plant-based diet, according to Dr. Jennifer Ashton, ABC News chief medical correspondent.

“I think when people hear plant-based diet or they hear a definition they get very intimidated. This does not have to be an all-in thing,” Ashton said Wednesday on Good Morning America. “You can make small changes with, let’s say, a meatless Monday or just one meal of every day.”

She added, “Read the labels. Explore those food aisles. There are more plant-based options than ever.”

Here are four questions answered about the plant-based diet trend.

1. What are good things to eat on a plant-based diet?

Brian Wendel, maker of the 2011 documentary Forks Over Knives, places an emphasis on eating whole, minimally processed foods within a plant-based diet.

“For me, the best guide is, does the food still look somewhat like it does when you take it out of the ground? When you cook a potato, it still looks like a potato,” he told GMA in 2020. “The more a food is like that the more you can lean on that in your diet and lifestyle, for health benefits.”

Wendel emphasizes eating more than just vegetables on a plant-based diet to ensure you are taking in enough calories.

“Make starchy foods — beans, rice, sweet potatoes, quinoa, chickpeas –- the center of the plate because that has the energy to sustain you,” he said. “And then surround it with vegetables.”

2. What about all the packaged foods advertised as ‘plant-based’?

The emphasis on eating whole foods on a plant-based diet raises the question of what to make of all the packaged plant-based products on the market, from kale chips to meat-free burgers.

“So many diets that are restrictive or have a buzz name have nothing in their description about the quality of their food and that’s something that is really important,” said Deirdre Tobias, assistant professor in the department of nutrition at Harvard School of Public Health. “A lot of these plant-based products might still be highly processed and have a lot of sodium and saturated fats.”

“Be careful about plant-based being used as a marketing tool,” she said.

Tobias recommends being a “savvy shopper” and shopping for your plant-based diet in the produce aisle.

“Make your own plant-based foods because vegetables are there for you,” she said. “You don’t have to be purchasing packaged, processed foods.”

3. Are there any downsides to a plant-based diet?

Not really, according to the experts.

“For heart disease, diabetes, cancer, all of the major chronic diseases, there are no downsides to eliminating meat products from your diet for any of those,” said Tobias. “If anything, the evidence shows that by going plant-based you would be benefiting your long-term survival and reducing the risk of those diseases.”

“Fruits and vegetables, fiber, nuts and legume have also all been proven to be good for weight loss and to keep weight off long-term,” she said.

Is there a way to be plant-based but still eat some meat?

Yes, the definition of plant-based is that your diet is based on plants but allows room for other foods from time to time.

“If you’re not ready to give up meat entirely, still even reducing it to once in a while would have a lot of great benefits,” said Tobias. “The science isn’t there to say a steak or a burger once in a while is horrible for you, it’s the daily consumption that’s problematic.”

One option is the flexitarian diet which encourages people to try alternative meat options, like tofu, but leaves room for flexibility if you can’t quite fully give up meat. The diet was promoted by dietitian Dawn Jackson Blatner in a 2009 book that says you can reap the benefits of a plant-heavy diet even if you eat meat occasionally, according to U.S. News and World Report, which ranked the diet No. 2 on its 2022 best diets list.

This plant-heavy diet focuses on adding five food groups — “new meat,” fruits and vegetables, whole grains, dairy and sugar and spices — to your diet, instead of taking foods away.

4. How do I know if a plant-based diet is right for me?

You’ll know a plant-based diet is working for you if you feel well and you are able to stick to it long-term, according to Dr. Fatima Cody Stanford, an obesity medicine physician scientist at Harvard Medical School.

“Your body has the answers,” said Stanford. “Pay attention to your body and don’t pay attention to someone else and how they say their body responded.”

The experts also noted there may be some trial and error involved so stay open to finding what works best for you.