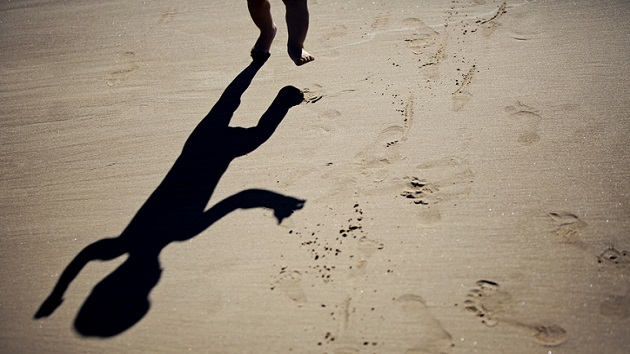 (NEW YORK) — For Ebon’Nae Bradley, helping expectant parents is more than a job – it’s her mission. Bradley has been a licensed doula for more than a decade and has supported hundreds of mothers in their journeys to give birth.

“I always like to describe it as like a birth planner for your birth,” said Bradley, who is based in Dallas, of her role in the birthing process. “We sit with you and we really help you to see what the vision is for your birth. We help you find your power.”

The Mayo Clinic defines a doula as a professional labor assistant who provides both physical and emotional support during pregnancy, childbirth and the postpartum period.

Black doulas like Bradley are helping mothers reclaim their child birthing processes by empowering them to make decisions around their own health care.

“When women reach out to me, especially Black women, the No. 1 thing, without fail, is fear. They’re afraid,” Bradley told ABC’s Janai Norman.

She said she’s seen that some doctors worry about statistical risks and sometimes will dismiss a woman’s concerns rather than listen to them.

“Doctors in general, most of them kind of tend to look at birth as something they want to manage,” said Bradley. “Birth is not by the book.”

According to a 2013 study from the Journal of Perinatal Education, mothers who are “socially disadvantaged” were two times less likely to experience a birth complication while using a doula.

Dr. Joia Crear-Perry is a retired OB-GYN and leading specialist on maternal mortality among Black mothers. She said race, gender and socio-economic status matter during childbirth.

“We know that the consequences of racism, sexism, gender oppression are causing us to die within childbirth,” said Crear-Perry. “We have never invested in people who are the most marginalized. Our health care system was created to ensure that people who have resources are able to get things.”

Non-Hispanic, Black mothers are three times more likely to die from a pregnancy-related cause than their white and Hispanic counterparts, according to the Centers for Disease Control and Prevention.

Bradley often partners with licensed midwives like Kennasha Jones and Tereé Fruga, who are medically trained to deliver babies in most settings, including the hospital, birthing centers, or in homes.

A 2018 study found that states with more robust midwifery services reported better maternal care and better birthing outcomes, suggesting that states that have better resources dedicated to health care have better results, according to a study published in the journal PLOS One.

The United States has the highest maternal mortality rate when compared to other industrialized nations, some of which use midwives at much higher rates than in the U.S., according to The Commonwealth Fund. The World Health Organization recommends midwifery care as an evidence based approach to reducing these deaths.

Bradley, Jones and Fruga were recently providing collaborative care for Justina Arrington, a mother of two with a third child on the way, in Arlington, Texas.

Arrington said that her first birth was a “traumatic” experience for her. Her prenatal records showed that her baby started showing signs of fetal distress and doctors said she would need an emergency cesarean section.

“It was just it was real tiresome and it was very traumatic, especially when I found out my doctor, that I had been working with the entire time, he was not going to be there,” said Arrington, who said she opted to undergo another C-section for her second pregnancy after her doctors warned she could be in labor for days.

In 2020, the CDC reported that about 1 out of every 3 deliveries in the United States were C-sections.

Arrington said that recovery from her two C-sections was painful. She said when she found out she was pregnant for a third time, she and her husband were determined to have a vaginal birth at home.

But advocates like the Midwives Alliance of North America say these statistics are too generalized and do not take into account the option for midwifery or a doula in the home or the outcomes for low risk pregnancies.

Arrington was at higher risk than most. Medical organizations recommend a hospital setting for vaginal birth after C-sections, instead of at home, to allow for quick access to emergency medical care if it’s needed.

Fruga says her organization tries to take as many precautions as possible to ensure a healthy delivery.

“First thing we do is we have to get the previous records from her C-sections. We have to make sure that the surgery was done in a manner that is safe for her to try an out-of-hospital birth. And once we do that, then we go about preparing her prenatal,” said Fruga, who also makes sure that the patient is close to a hospital in the event more medical care is needed.

With the help of Fruga, Bradley and Jones, after six and a half hours in labor, in a birth pool in her home, Arrington successfully gave birth to a healthy baby girl.

“Just to be able to find a team that was willing to take me on, that was willing to give me all the information that I needed, it’s a big relief and it’s just a big feeling of like, ‘Wow, I did it,’” said Arrington. “Just knowing that I was able to have her naturally it just feels different, you know?”

But licensed midwifery care is often more covered by insurers. ABC News reached out to three of some of the largest insurance carriers here in the U.S: United Healthcare, Cigna and Aetna. All offer some coverage for certified midwifery care.

Crear-Perry said the investment is worth it.

“We’re all deserving of justice and joy. So if we invested in health as a right, we would have nobody in this country that doesn’t have access to whatever kind of birth that they want,” said Crear-Perry.

In the meantime, Bradley said her practice has been compelled to offer alternative payment methods like scholarships to help extend access to care. While some of her colleagues, she said, will get creative with how they’re compensated.

“Another thing that some doulas do is barter. So you have moms who are incredibly talented and resourceful. They may be photographers; they may be hairstylists. And it’s like, ‘Well, okay, I’ll braid your hair for a few months in exchange for my doula care,’” said Bradley.

Bradley says she is seeing more and more women who are informed and empowered to speak up and seek help.

“We’re here on the ground doing the work, helping,” she said. “What we see is healthy birth outcomes. We see healthy mamas, healthy babies and all because they had doula support, midwifery care and just love.”