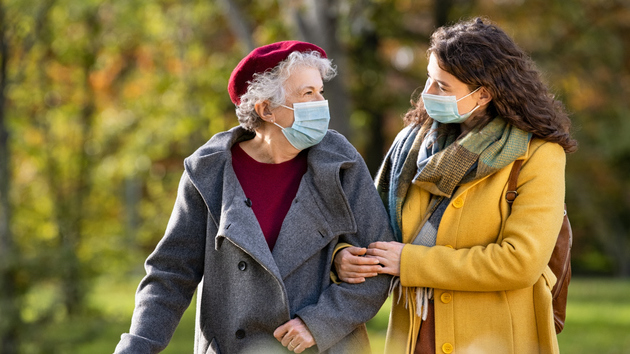 (LONDON, HONG KONG and JAKARTA) — A perfect storm with the coronavirus appears to be brewing across the Asia-Pacific region: surges in the highly contagious delta variant combined with slow vaccination uptake.

Tight vaccine supplies are a major factor and experts caution that unless most of the global population is vaccinated, and richer countries share more of their vaccines, the world will face a far longer bout with the coronavirus than anticipated.

The issue extends from countries at the center of the current surge, like Indonesia, to those that fared relatively well with the disease early on in the pandemic, like South Korea.

Even as countries like the U.S. and U.K. face rising cases despite their largely vaccinated populations, hospitalizations and deaths have not yet risen to the same levels as 2020 due to the success of vaccination efforts, public health experts say. Yet the vast majority of the global population remains unvaccinated (just 3.7 billion out of 10-12 billion recommended doses have been distributed).

More people have died of COVID-19 since Jan. 4, 2021 than the whole of last year, according to an ABC analysis of WHO data.

The pandemic is not just far from over — it is in a “critical moment where we are all under threat,” due to rising new variants and vaccine inequality, according to WHO spokesperson Dr. Margaret Harris. The course of the virus, she said, is that it is likely to become “endemic” — meaning it will not disappear, but eventually could become manageable like the other coronaviruses in circulation.

But a true end to the pandemic will likely only happen with the artificial immunity conferred by mass vaccination, according to Yanzhong Huang, a senior fellow for global health at the Council on Foreign Relations.

“You have countries that are making good progress toward building an immunity shield,” he told ABC News. “When you look at the rest of the world, a very small percentage of the population [is] being vaccinated.”

The stark vaccine disparity is far from lost on people in Indonesia, who in the last few months have seen the delta variant rip through their communities, overrunning hospitals, filling graveyards and leaving family and friends who’ve lost loved ones in anguish.

In scenes reminiscent of when India was at its devastating peak earlier this year, there is a clamor for oxygen canisters in Indonesia — now the coronavirus epicenter of the region. Afflicted families, turned away from hospital wards, are taking treatment into their own hands. For two weeks, Defitio Pratama, 27, a marketing salesman based just outside Jakarta, took care of his sick mother at home.

“We had no idea what to do at that time since we did not have oxygen tank at hand,” he told ABC News in Jakarta, where there are long lines for scarce oxygen cylinders. “I started contacting friends and families for oxygen tank, I even went all the way to other city when I found my mother’s friend offering to lend theirs. We could not take my mother to hospital because they kept rejecting us, we had no choice but to treat her at home.”

While Pratama has received one dose of the AstraZeneca vaccine, his mother, who is asthmatic, remains unvaccinated. In the week ending July 19, 9,696 deaths were recorded, an increase of 36% from the week before, according to the WHO. Just under 16% of the population has received at least one dose of vaccine.

In Indonesia, a combination of a lack of supply, vaccine hesitancy and concerns over the Chinese manufactured Sinovac have contributed to the slow rollout, but the country is by no means alone in the region.

Thailand, Australia, Vietnam and South Korea — all countries that were praised last year for their swift containment strategies — have reintroduced restrictions to deal with outbreaks of the Delta variant, which is estimated to be 60% more transmissible than the alpha variant, in recent months. According to Harris, the world’s richest countries are “basically holding the rest of the world hostage by not insisting that their manufacturers share.”

“This is why you’ve got massive outbreaks going on around the world,” she told ABC News. “But people don’t seem to hear it. What they’re hearing is possibly what they want to hear is ‘I’m vaccinated, now, I can go back to normal.’ You can’t. Not until you sort it out in the rest of the world.”

The Biden administration has pledged to donate more than 80 million doses to countries in need, with 23 million going to Asia. Some 3 million doses of Moderna arrived in Indonesia from the U.S. on July 11 — but the rollout needs to significantly increase in order to meet the WHO’s target to vaccinate at least 10% of every country in the world by the end of September.

For the pandemic to end and the virus to become manageable on a global level and COVID-19 to become manageable as with other coronaviruses, between 10 and 12 billion doses need to be administered around the world, Huang said, ideally with high effectiveness. That number currently stands at around 3.7 billion, according to the WHO.

“The best case scenario is that through these vaccination efforts that by the end of next year we have produced enough vaccines that can vaccinate a majority of the population worldwide, and that vaccination is effective in terms of preventing severe cases of death,” Huang said. “Previously I was more optimistic about how and when the pandemic is going to end. “But now, with that divide in terms of vaccine access, in terms of the strategies adopted by countries, in terms of the continued emergence of the new variants, I’m not that optimistic anymore.”