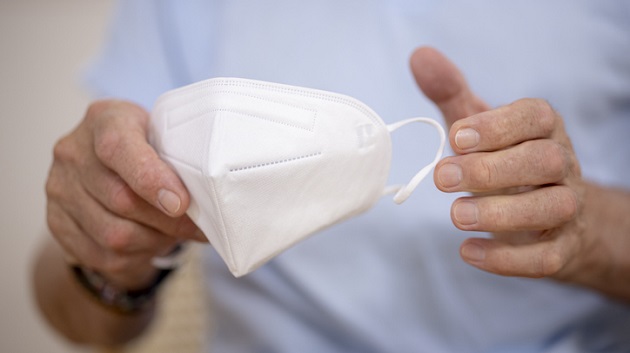 (WASHINGTON) — The worst days of the COVID-19 pandemic may be over in the United States, Dr. Anthony Fauci, the nation’s top infectious disease expert, said this week. Some experts urged caution, however, and said the pandemic is still a threat in the long-term.

He continued, “So, if you’re saying, are we out of the pandemic phase in this country, we are.”

Some public health experts stressed Fauci is not saying the pandemic is over, which he also later clarified to CBS News, but rather that the virus is no longer having the same impact in the U.S. as it was a few months ago.

In fact, Fauci stressed at the end of the PBS interview, “So, if you look at the global situation, there’s no doubt this pandemic is still ongoing.”

This doesn’t just mean fewer cases, hospitalizations and deaths being reported but also fewer school closures and staffing shortages in hospitals as well as people resuming activities again, they say.

“We’re not having mass closures of hospital beds like we did in January 2022,” Dr. Cameron Wolfe, an associate professor of infectious diseases at Duke University School of Medicine, told ABC News. “We’re still seeing staffing shortages, but they’re not to the same extent that they were for the last couple of years. Activities are coming back online, so I’m at an in-person meeting for the first time in two years.”

Wolfe said the danger of overwhelming hospitals and high death rates is greatly reduced because of the number of Americans who’ve been vaccinated as well as previously infected.

According to the Centers for Disease Control and Prevention, 82.4% of the eligible U.S. population — those aged 5 and older — have had at least one COVID-19 vaccine dose and 70.3% are fully vaccinated.

What’s more, a new CDC analysis released Tuesday estimated three out of every five Americans have antibodies from a previous COVID-19 infection, up from one-third before the omicron wave.

“We’re in a phase right now that the number of vaccinations, and also frankly the number of people who have been infected, where our community level of immune protection is good enough that there’s not as many infections taking place as we saw in January.” Wolfe said. “So, the impact that has on the way our community ticks along becomes less.”

Wolfe said another reason the U.S. is doing well handling COVID-19 is because there are more treatments available for people who contract the virus.

During the first wave of the pandemic, there were few treatments approved or authorized for emergency use by the U.S. Food and Drug Administration.

But, over time, several treatments were developed and they are now more widespread. Currently, COVID-19 patients can receive monoclonal antibodies, which is an infusion of antibodies in a lab that mimic antibodies generated by the body, or pills developed by Pfizer and Merck.

These treatments have been shown to not only reduce the number of days a person is experiencing symptoms but also dramatically lower the risk of hospitalization and death, preventing healthcare systems from becoming overwhelmed.

“We’re in a much better state in terms of having treatment availability,” Wolfe said. “Having access to good medicines that are liberally now available and do a good job in terms of preventing the severe outcomes from COVID I think is a real bonus that we just didn’t have six months ago.”

However, other experts are not sure the U.S. is out of the pandemic phase.

“We have the potential for spread of new variants across this country, and it tells us that we are not necessarily out of this pandemic phase,” said Dr. John Brownstein, an epidemiologist at Boston Children’s Hospital and an ABC News contributor. “This virus has global impact and it means that we see spread in one part of the world.”

He continued, “We will likely see a surge here. And so as much as we want to head towards that normal life, I think we’re still months away from fully understanding whether we’re in a position where this virus is not disrupting our daily lives.”