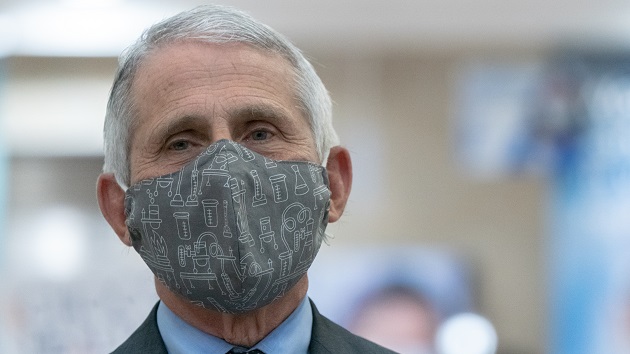 (WASHINGTON) — COVID-19 variants are still threatening to spread in the U.S., National Institute of Allergy and Infectious Diseases Director Anthony Fauci warned Tuesday, saying the possible threat of variants is a reason more Americans need to get vaccinated.

Case rates have continued to decline in the U.S. as more Americans get vaccinated, overall cases have declined 94% since January and the number of new cases is at the lowest amount since March 2020.

But Fauci said that doesn’t mean there isn’t a risk of variants like the one that devastated India and spread to the U.K., causing more serious illness and increased risk of hospitalizations in the U.S.

Fauci said 6% of cases in the U.S. where the virus has been sequenced were a variant known as Delta which was first detected in India. The majority of cases in the U.K. are now that same variant which is primarily spreading in adolescents and young adults, which Fauci said is a reason it’s even more important for Americans to get vaccinated.

“We cannot let that happen in the United States, which is such a powerful argument to underscore what Dr. (Rochelle) Walensky said, to get vaccinated, particularly if you’ve had your first dose, make sure you get that second dose,” he said. “And for those who have been not vaccinated yet, please get vaccinated. This is the national month of action.”

Fauci said two doses of vaccine have been shown to be effective against the variant but people who aren’t vaccinated or who have only received one dose are still more at risk.

President Joe Biden tweeted about the risk from the variant saying “If you’re young and haven’t gotten your shot yet, it really is time. It’s the best way to protect yourself and those you love.”