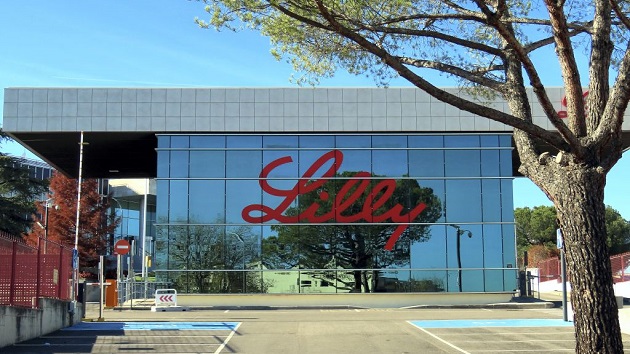 (WASHINGTON) — The Food and Drug Administration has authorized a new monoclonal antibody treatment for COVID-19, shown to hold up against the omicron variant and BA.2 subvariant.

The drug, called bebtelovimab from Eli Lilly, is a monoclonal therapy meant for COVID-19 patients as young as 12 who are at high risk for getting severely ill and who were recently infected, to keep them from getting even sicker and keep them out of the hospital.

The authorization comes after months of explosive spread of the omicron variant has squeezed an already finite arsenal of COVID-19 medicines.

On the eve of authorization, the Biden administration announced it had purchased 600,000 doses of bebtelovimab for at least $720 million. The plan is to get roughly 300,000 doses out this month, and another 300,000 in March. The contract also includes a future option for 500,000 more doses, if necessary.

The authorization brings the number of treatments for omicron in the U.S. to four, though production is still ramping up. The other options include the monoclonal therapy sotrovimab, from Vir Biotechnology and GlaxoSmithKline; and two antiviral pills, Pfizer’s Paxlovid and Merck’s Molnupiravir.

Daniel Skovronsky, Eli Lilly’s chief scientific and medical officer and president of their research labs, said in an interview with ABC News that the company began working on the therapy more than a year ago — long before omicron emerged — in hopes of being “future proof” for a range of variants and anything else that might come down the road.

It was meant as a “break glass in case of emergency” solution, Skovronsky said.

But once the new variant caught on, which the mainstay treatments failed against, getting a new one authorized suddenly became critical.

“Once omicron was identified, there was urgency in making sure that this antibody worked against it, and working with the government to try and make it available as quickly as possible to patients,” Skovronsky said. “It’s an unusual situation where you’re trying to fight a disease that in some sense doesn’t exist yet. … We can’t protect ourselves from something wholly new that the world has never seen before.”

Lilly’s new drug is authorized to be given as an intravenous injection from a health care provider — a notable change from the arduous hourslong infusion that came with previous monoclonal antibodies, a process that requires a great deal of clinical manpower. It must be administered within seven days of symptom onset.

“Today’s action makes available another monoclonal antibody that shows activity against omicron, at a time when we are seeking to further increase supply,” Dr. Patrizia Cavazzoni, director of the FDA’s Center for Drug Evaluation and Research, said in a statement, calling the new emergency use authorization “an important step in meeting the need for more tools to treat patients as new variants of the virus continue to emerge.”

“We’re already working on the next generation antibodies, looking for things that bind in different ways than bebtelovimab so that in case this one ultimately is overcome by virus mutants we’ll have something else to offer,” Skovronsky said. “You have to stay one step ahead of this virus.”