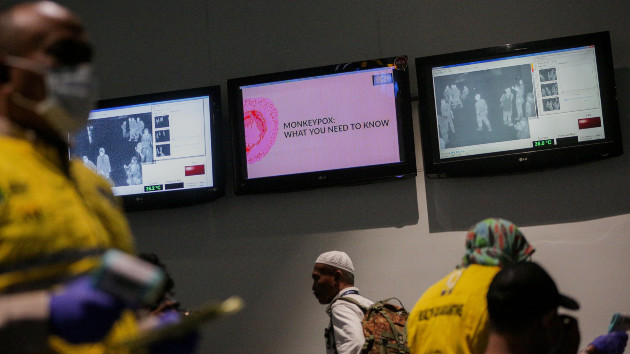 (NEW YORK) — Florida health officials are investigating what they describe as a “presumptive” monkeypox case, making it the third possible case of the virus in the U.S. as global infections continue to rise.

A Massachusetts man who had recently traveled to Canada became the first case of the rare virus detected in the United States this year after the Centers for Disease Control and Prevention confirmed his positive test on Wednesday.

On Thursday, the New York City Department of Health announced that it was investigating a possible case of monkeypox after a patient tested positive for orthopoxvirus — the family of viruses to which monkeypox belongs. The patient’s tests were sent to the CDC for confirmatory testing.

Globally, there are more than 190 confirmed or suspected cases in 16 countries where the disease is not normally found, according to an analysis from Global.health, a data science initiative from Boston Children’s Hospital and Oxford University. The rare disease typically circulates in Western and Central Africa, but several cases have been detected around the world since a patient in the United Kingdom tested positive on May 7 following travel to Nigeria.

While the CDC sent out a health alert Friday warning doctors and local health departments to be on the lookout for patients who may have symptoms of monkeypox and report those cases to the CDC, public health officials and infectious disease experts emphasize that the risk to the general public remains low.

The disease can also spread from person to person via large respiratory droplets in the air, through skin lesions, bodily fluids or contact with contaminated material.