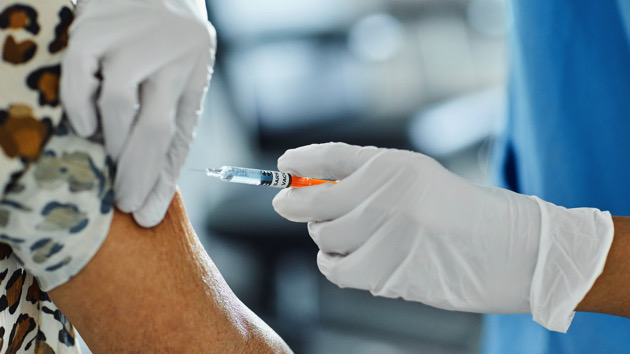 (WASHINGTON) — A second round of booster shots was authorized for everyone over the age of 50 by the Food and Drug Administration on Tuesday, kicking off the regulatory process for shots to likely be available in pharmacies sometime this week.

Everyone 12 and older is already eligible for a booster shot five months after their initial vaccine series, if they received an mRNA vaccine like Pfizer or Moderna, or two months after getting the J&J vaccine.

But for those over 50, determined to be a vulnerable age group, officials have decided that the data on waning immunity justifies making another shot available for people who are four months after their first boost.

The decision now moves over to the Centers for Disease Control and Prevention for CDC Director Rochelle Walensky to give instructions on how to implement the authorization.

She is expected to announce that fourth shots should be made available to anyone over 50 who wants one, but not to outright recommend it, leaving the decision up to individuals and their doctors. Shots could then be administered within the week.

So far there is limited U.S. data on second boosters. But data from Israel indicates that an additional booster shot can give a temporary bump in protection, reducing the risk of dying for adults over 60.

Several countries, including Israel, Chile and Sweden, have begun offering fourth COVID-19 doses to older adults and other at-risk groups.

Dr. Anthony Fauci, chief medical adviser to the White House, has said he expects that additional boosters would “reconstitute” people back to the maximal level of antibodies, rather than boost people higher than their previous immune responses from any of the earlier shots.

But he said that the body’s B cell and T cell response, which have more of an effect on the duration of immunity, may incrementally be increased with each additional boost.

And while Tuesday’s announcement only applies to older Americans, a decision for the rest of the population will soon be underway.

The FDA will convene a panel of vaccine experts on April 6 to discuss the plan. The experts will talk about the efficacy of booster shots and the potential need for a variant-specific booster instead of continual booster shots designed for the initial strain of COVID-19.

A decision would likely be made later this summer or fall.

Older people who get a booster this spring would also likely be advised to get another boost in the fall, alongside the general population, if that’s the recommendation, said an official familiar with the booster discussions.

But boosting too frequently could cause fatigue, a dilemma that many public health experts are weighing.

“We’re going to have to learn to live with mild disease at some point,” Dr. Paul Offit, director of the Vaccine Education Center at Children’s Hospital of Philadelphia, told ABC News. Frequent boosting “is not a reasonable thing to do, and it’s not something most people will do anyway.”

Pfizer’s CEO Albert Bourla has also acknowledged the impracticality of people rigorously staying up to date with shots every few months.

“We can’t have vaccines every five, six months,” said Bourla, speaking on CNBC. But until they have new-and-improved boosters ready to go, Pfizer and Moderna executives argue fourth doses will be needed by at least some older Americans soon.

Of course, the vast majority of Americans have yet to get even a first booster shot. Of the nearly 90 million fully vaccinated Americans, about half got their shots more than five months ago but still haven’t gotten a booster shot.

Among seniors 65 and over, uptake has been a bigger success. About two-thirds of seniors have gotten their first booster shot so far.