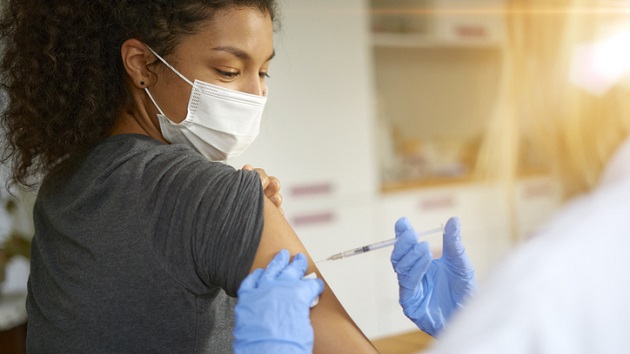 (ATLANTA) — Gay and lesbian adults are more likely to have been vaccinated against COVID-19 than heterosexual adults, federal officials said Thursday.

A new study from the Centers for Disease Control and Prevention found 85.4% of gay and lesbian Americans above age 18 had received at least one vaccine dose as of October 2021.

By comparison, 76.3% of heterosexuals reported receiving at least an initial dose by the same date.

Additionally, gay and lesbian adults were more likely to be concerned about COVID-19 and to believe in the safety and efficacy of vaccines.

“We know that the prevalence of certain health conditions associated with severe COVID-19 illness, such as cancer, smoking, and obesity, are higher in LGBT populations, and access to health care continues to be an issue for some people in the LGBT community,” Dr. A.D. McNaghten, a member of the CDC’s COVID-19 Emergency Response Team and corresponding author of the study, told ABC News. “We wanted to see if vaccination coverage among LGBT persons was the same as non-LGBT persons.”

For the survey, CDC researchers collected data from the National Immunization Survey Adult COVID Module between Aug. 29, 2021 and Oct. 30, 2021.

The survey also found that gay, lesbian and bisexual adults were more likely to believe in the safety and protection of vaccines than heterosexual adults.

Additionally, 90.8% of gay and lesbian adults and 86.8% of bisexual adults said COVID vaccines are “very” or “somewhat” important to protect themselves compared to 80.4% of heterosexual adults.

The researchers found 56.8% of gay and lesbian adults and 51.3% of bisexual adults were “very” or “moderately” concerned about COVID compared to 48.1% of heterosexual adults.

The authors note there are limitations of the study including that participants self-reported their vaccination status and potentially selected a sexual orientation category they didn’t identify with because they didn’t see an option that fit them.

But McNaghten says it is vital to make sure the LGBT population is vaccinated. She added that further studies are needed to figure out why there are differences by gender and race/ethnicity among gay and lesbian men and women.

“Additional research could help determine if these differences are associated with socioeconomic or health care access issues, and if there are factors influencing vaccine uptake or vaccine hesitancy within specific groups,” she said.

In the study, the authors said it is important to include sexual orientation and gender identity when collecting data on vaccination status to help eliminate disparities.