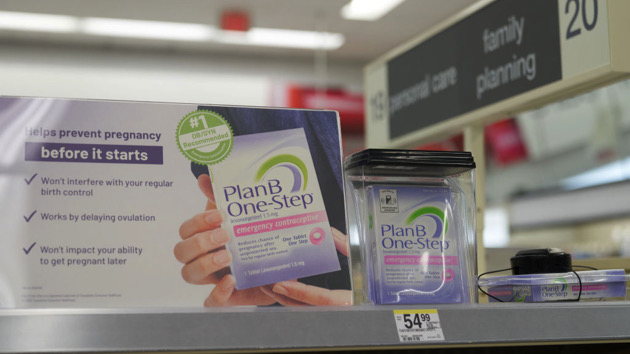 (NEW YORK) — Since the U.S. Supreme Court’s overturning of Roe v. Wade, ending nearly five decades of a precedent that protected the constitutional right to an abortion, there has been a lot of public debate and confusion over what constitutes an abortion and what is considered legal.

Emergency contraceptive medications such as Plan B, also known as the morning-after pill, taken to prevent pregnancy after unprotected intercourse, have also been falsely interpreted by some as a form of abortion.

With no exact consensus, some states have defined “life” as beginning at conception or fertilization — the moment egg meets sperm. Meanwhile, the American College of Obstetricians and Gynecologists (ACOG) — the nation’s leading physician group for OB-GYNs — says complex medical concepts are being “misused” by state legislators.

“Conception and pregnancy are not the same thing,” said Dr. Elizabeth Schmidt, assistant professor of obstetrics and gynecology and director of family planning at North Shore University Hospital in New York. “Conception is not a medically recognized term.”

But doctors say the debate about when life begins shouldn’t have any bearing on Plan B, which works to stop pregnancy even earlier in the process — before fertilization, or conception.

What is Plan B?

Plan B is a progesterone hormone, which prevents ovulation or the release of an egg when taken at the appropriate time. This effectively prevents fertilization or the meeting of the sperm and egg for pregnancy. If taken after ovulation has already occurred, Plan B has no effect and there is no evidence that it harms an already established pregnancy, according to ACOG.

“Pregnant people make progesterone, and Plan B is a type of progesterone, so it makes sense that it would have no effect on a developing embryo,” Schmidt told ABC News.

Why is it confused with abortion?

Some of the confusion may stem from the Food and Drug Administration’s own website, which explains that Plan B “may prevent a fertilized egg from attaching to the womb (implantation).” The problem, experts say, is that this description is not accurate.

When the FDA first approved emergency contraception back in the late 1990s, it wasn’t totally clear how the pills prevented pregnancy, said Susan F. Wood, Ph.D., George Washington University professor and former director of the FDA’s Office of Women’s Health.

Now, she said, “new evidence [that has] been around for about 10 years now has shown that actually, Plan B works, probably essentially only through that first mechanism — blocking ovulation.”

Still, the FDA’s statement has been interpreted by some to imply abortion, resulting in objections to Plan B.

How does Plan B work?

In a 2001 study published in Contraception, scientists looked at 45 women who were treated with short-term levonorgestrel administration — the same hormone found in Plan B — and observed no impairment in the lining of the uterus whether levonorgestrel was administered around or after ovulation. Previous studies on monkeys and rats have also failed to show a significant effect of the levonorgestrel hormone on uterine lining to prevent the implantation of a fertilized egg.

Taken collectively, this evidence suggests Plan B works primarily on the first step in the process — preventing the body from releasing an egg in the first place, or ovulating.

If the body has already released an egg prior to taking Plan B, the drug does not stop an egg from meeting sperm, and it does nothing to prevent a fertilized egg from implanting in the uterus.

Wood said given the current legal environment, the FDA should consider updating the language on its website “to pull Plan B out of the line of fire” from anti-abortion groups.

When reached for comment by ABC News, an FDA spokesperson did not comment directly on the language on its website but emphasized that “emergency contraception is used to reduce the chance of pregnancy after unprotected sex.”

“Plan B is an extremely safe medication and there are no medical contraindications to its use. It is safer than Tylenol — which is sold over the counter without restriction,” Schmidt said.

Although contraception currently remains legal throughout the U.S., the growing abortion restrictions in the country are now bringing some forms of contraception into question.

In his concurring opinion on the overturning of Roe v. Wade, Supreme Court Justice Clarence Thomas wrote that in the future, the court should reconsider other “demonstrably erroneous” precedents, including the 1965 ruling in Griswold v. Connecticut, which protects the right of married couples to buy and use contraception without government restriction.

“Limiting access to any medical care can have disastrous effects on communities,” Schmidt said. “It has been shown that states with restricted access to abortion also have higher rates of maternal and infant mortality. The situation is going to get even worse by prohibiting access to emergency contraception and abortion, which will disproportionately affect the most vulnerable and disadvantaged.”

Dr. Esra Demirel is a fellow in Minimally Invasive Gynecologic Surgery at NYU Langone Health and is a contributor to the ABC News Medical Unit.