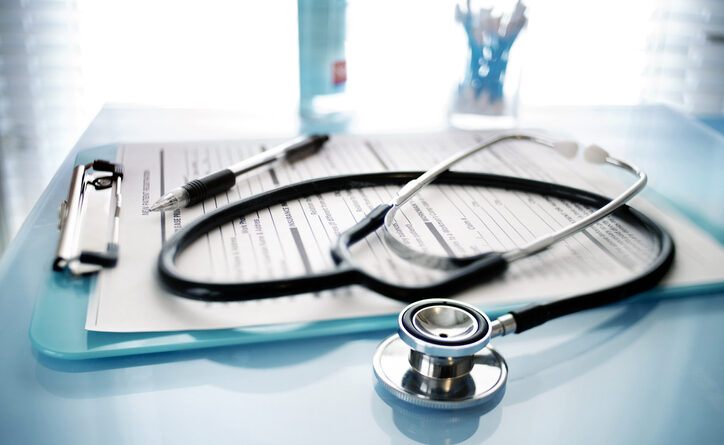 (NEW YORK) — When Kate Coleman found out she was pregnant, she was overjoyed, she said. She and her husband shared the happy news with family and friends.

But three months later — a heartbreaking ultrasound. The fetus had a fatal brain malformation called anencephaly, a condition where parts of the brain and skull are missing. Coleman’s doctors told her she had a choice: continue with the pregnancy, or seek an in-clinic abortion.

“There are other people in the world [who] would choose to carry to term. For me, it was not the right choice,” Coleman said. “To know that either I was going to miscarry at some point [or] I was going to give birth to a baby that would immediately die — I couldn’t make that choice.”

Coleman had an in-clinic abortion procedure in January 2021 in her home state of Massachusetts. In the U.S., roughly half of abortions are in-clinic procedures, often referred to as surgical abortions, according to the Guttmacher Institute. The other half are medication abortions, done with what is known as the abortion pill.

Today, in the wake of the overturning of Roe v. Wade, at least 12 states have banned nearly all abortion services, with more states likely to follow. In the fallout, the Biden administration and abortion advocates alike have rushed to shore up protections for abortion pills, which are legally and practically easier to protect than in-clinic abortions.

The Justice Department, for example, suggested it could take action against states that ban medication abortion because the pills are FDA approved for everyone in the U.S., no matter state of residence.

Meantime, abortion advocates are expanding underground networks to quietly ship the pills to places where abortion is now illegal.

But some doctors and advocates worry that shifting the focus to abortion pills leaves behind people who need or want an in-clinic abortion. For some pregnant people, in-clinic abortions are medically necessary because of an underlying medical condition, or if the pregnancy is more advanced. But for others, it’s simply a more appealing option because it’s nearly 100% effective and can be completed in 10-15 minutes by a trained medical provider.

There are two types of in-clinic abortion options, but both use suction to remove the contents of the uterus. The first and most common is called vacuum aspiration, typically offered up to 13 weeks of pregnancy. If a pregnancy is further along, doctors may opt for a procedure called dilation and evacuation, which uses suction and medical tools to empty the uterus.

Medication abortions, or abortion pills, are typically two medications taken at home that initiate a miscarriage. The process can take two to three days to complete, and most people experience cramping and bleeding heavier than a normal period.

“Medication abortions are FDA approved up until 10 weeks – that’s 70 days,” said Dr. Jennifer Ashton, ABC News’ chief medical correspondent and board-certified OG/GYN. “There are pros and cons to this approach when compared to a surgical abortion. It depends on the situation that the woman is in, both socially, logistically, work-wise, family-wise.”

Some women may also have underlying medication conditions, including clotting and bleeding disorders, that would make a medication abortion risky.

Others simply “want something that’s definitive and over with — so they have a sense of closure,” said Dr. Elizabeth Langen, associate clinical professor of maternal-fetal medicine at the University of Michigan. “The bleeding tends to be a lot less. It’s a little bit more controlled. And for some people, that’s a better either emotional or medical option.”

Coleman says she feels “lucky” that despite the heartbreak of her first pregnancy, she had access to a medical team that helped guide her through the process.

“Everybody was really kind,” she said. She underwent general anesthesia and said she woke up with what felt like “bad period cramps” before taking some Tylenol and going home. Patients who receive abortion procedures earlier in pregnancy typically receive local anesthesia and additional medication to help ease pain and anxiety, Langen said.

Langen who specializes in high-risk pregnancies, says it’s important to have access to both types of abortion — surgical and medication induced — to keep patients safe. While medication abortion is very safe if taken correctly and early on during pregnancy, she said she worries about women who might be too fearful to visit a doctor if something goes wrong.

“Taking away the option and the safety of in-person procedures is unfair and unjust — and potentially unsafe,” Langen said.