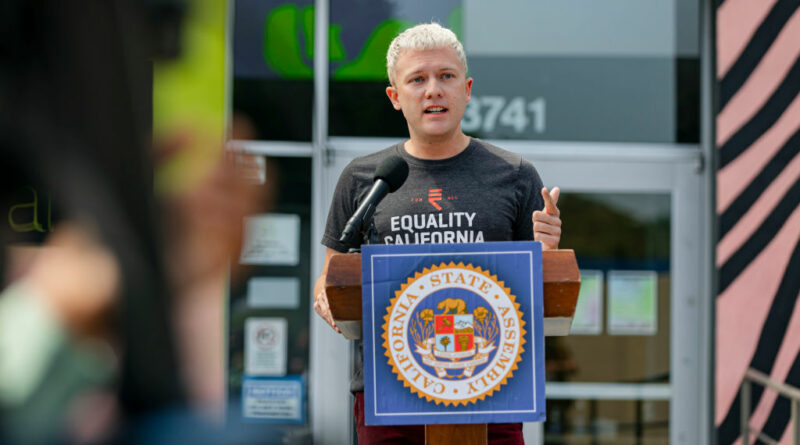 (WASHINGTON) — Protesters in several cities across the country are calling on the Biden administration, as well as local officials, to address the rapid rise in monkeypox cases.

Demonstrators, including many LGBTQ activists, say officials have yet to provide the necessary outreach to vulnerable populations as issues continue to plague the vaccine rollout.

A protest is being planned for Thursday by several organizations in New York City, the epicenter of the U.S. outbreak.

Nearly 60% of those diagnosed with monkeypox in New York City have self-identified as members of the LGBTQ community, according to the New York City Department of Health.

The city has seen more than 600 cases so far, according to the U.S. Centers for Disease Control and Prevention. As of July 20, there have been over 2,100 confirmed cases in the U.S. with numbers quickly rising, the CDC says.

Federal and state agencies have been scrambling to supply enough vaccines and treatments for monkeypox as demand grows by the tens of thousands.

Groups, including HIV/AIDs awareness and advocacy organizations Housing Works and ACT UP New York, said they have a list of requests for both state and federal governments.

“There is a shame involved in this,” said Mordechai Levovitz, an organizer of the Thursday protest and clinical director of LGBTQ Jewish youth group JQY. “There is a taboo. This is something that, for people who had [rashes and lesions] on their face, something that they can’t hide.”

On the state level, the group is demanding an expansion of vaccine appointment availability; meaningful community outreach; a stockpile of vaccines; a safety net fund for people who test positive and have to take off of work; as well as providing hotel rooms for quarantining.

On the federal level, protestors are calling for large-scale information campaigns about monkeypox testing from the CDC, and free and accessible testing for un- and underinsured individuals, as well as for the government to provide a demographic breakdown of infected populations.

“The federal government must invest in communication about monkeypox testing, treatment, and vaccine availability now,” according to a statement from Act Up New York.

It continued, “We need meaningful outreach to all communities including vulnerable populations, streamlined communication efforts, mass testing implementation, expedited FDA approval of TPOXX (MPX treatment), and a public plan for the US government to take action on the Bavarian Nordic stockpile (15.2 million vaccines).”

In a press conference Wednesday, New York Department of Health officials said they are working with advocates and activists on outreach efforts.

She continued, “We’re doing all of this with real attention to the importance of dignity and respect, without stigma, and with equity always at the center of our work.”

The CDC did not immediately respond to ABC News’ requests for comment.

Protests have also taken place in San Francisco where cases are rising. The San Francisco Department of Public Health reported 55 monkeypox cases on July 19 alone, bringing the total number of cases in the city to 141.

LGBTQ groups have been on high alert regarding the rapid spread of cases, saying that the messaging around the circumstances of infection has not been adequately communicated to at-risk communities.

At least 34% of those infected in Europe identified as gay or bisexual, according to the European Centre for Disease Prevention and Control.

However, the sexual orientation of 65% of the infected people is unknown or missing in the data, the European agency said.

Officials have emphasized that gay and bisexual men, in particular, are at risk here in the U.S., though they stress that anyone can contract the illness.

The CDC says monkeypox can spread, among other ways, through through direct contact with an infectious rash, scab or bodily fluids or via respiratory secretions during prolonged face-to-face contact or intimate physical contact.