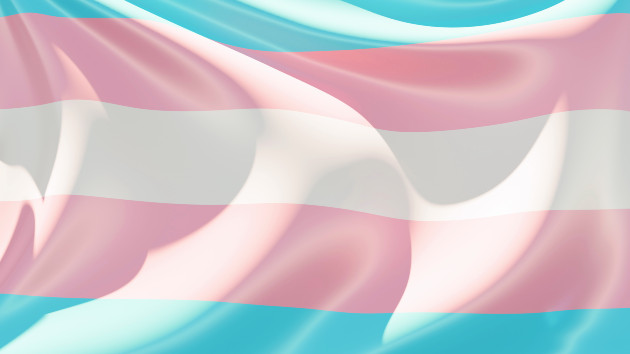 (NEW YORK) — Amid a political debate about offering​ gender affirming medical care to transgender children, a new study suggests that among children who have already socially transitioned very few are likely to “retransition” to their gender at birth.

The study, published Wednesday in the journal Pediatrics, followed 317 socially transitioned children who had already been living as their authentic gender for more than a year, finding that almost 95% continued to identify as transgender five years later.

“What we are seeing is that a relatively small number of youth retransitioned,” Dr. Kristina Olson, a professor of psychology at Princeton University and first author on the paper, told ABC News.

Social transition describes the process of transgender people adopting the name, pronouns and gender expression, such as clothing and haircuts, that match their gender identity, and not the gender assumed by their sex at birth. In this study, retransition or “detransition” is when a person identifies as cisgender or nonbinary after identifying as transgender. Of note, many nonbinary people consider themselves to be transgender.

Prior research has suggested a much higher rate of retransition among young children, but many of these prior studies have focused on the period immediately after a child expresses a desire to socially transition. Because the new study followed children who were already 18 months into their social transition, specialists said it offers important context to prior research, suggesting children who persistently express their transgender identity for more than a year are unlikely to retransition.

In the study, children were surveyed from more than 40 states and two Canadian provinces between 2013 and 2017, when they were 3 to 12 years old. About 2.5% of children retransitioned to identify as cisgender at the end of the study, and 3.5% were living as nonbinary, using they/them pronouns. Children who transitioned before age 6 were more likely to retransition, the study said.

Under current medical guidance, children who transition do not undergo significant, irreversible treatments such as surgery. Young children don’t require any medical treatments to socially transition, while older children may safely be offered puberty blockers to halt changes associated with puberty.

Doctors who care for transgender youth said the study matches what they see in their clinical practice.

“I can count on one hand the number of kids in our 200 plus population who have retransitioned,” Dr. Kristin Dayton, a pediatric endocrinologist who works with youth undergoing gender transitions in Florida, told ABC News. She said this study reflects what she sees in her own clinic.

“This article sounds much more like my experience,” Dr. Hussein Abul-Latif, a pediatric endocrinologist at the University of Alabama told ABC News.

He said he has always been surprised by anecdotal reports that transgender youth frequently retransition because it’s not what he’s seen on a large scale in his medical practice.

One limitation of the study, researchers said, is that it likely reflects the experience of children with supportive families and therapy.

“In order for a kid to socially transition, you have to have some degree of parental support,” said Olson, who directs the TransYouth Project, the first large-scale, national, longitudinal study of socially-transitioned transgender children to date.

“That’s probably why we are seeing our cohort has average rates of depression and only slight elevation in anxiety on average,” Olson said.

The new study comes amid legislative efforts in several U.S. states to limit medical care for transgender children. In Florida, recent health department guidance advising against supportive medical care for transgender children cited older research indicating 80% of youth are likely to retransition, but the data has been called into question for things like the inability to follow up with study participants regarding their true outcomes.

According to Dayton, who practices in Florida, the recent guidance was not based on a complete review of medical literature, including ample studies suggesting that allowing children to transition decreases suicide risk.

“We encourage social transition because there is ample data to show it markedly improves mental health and reduces suicidality in transgender kids,” Dayton said

In Alabama, where Abdul-Latif practices, new legislation means it could soon become illegal for doctors to offer gender-affirming medical care to transgender children.

“People forget that these are just kids,” Olson said. “We can so easily get lost in the rhetoric and forget that behind that rhetoric are kids just trying to live their life.”

Abdul-Latif said he worries most about the mental health of the youth he treats. He recently saw one transgender boy in clinic who had started testosterone a few months ago despite his father expressing some initial reservations.

“The father made a point of sharing that he had been hesitant at first but having seen his son and how much happier he is — more open and interactive — he is so happy he decided to do this. I think about those smiling faces, and I think, what will happen to them?” Abdul-Latif said.