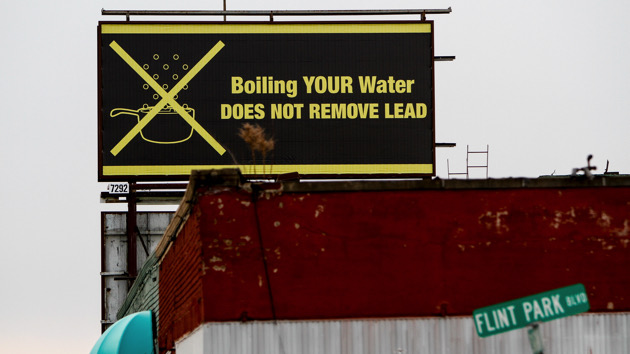 (FLINT, Mich.) — Five years after a water crisis rocked Flint, Michigan, a significant number of residents are suffering from post-traumatic stress disorder or depression and some may be suffering from both conditions, a new study finds.

Researchers from the Medical University of South Carolina in Charleston surveyed a sample of 1,970 residents aged 18 and older living in Flint, which is 430 miles northwest of Detroit, between 2019 and 2019.

What’s more, the prevalence of depression and PTSD are about three-fold and five-fold higher than the prevalence among the general U.S. population, respectively.

The Flint water crisis, which lasted from April 2014 to June 2016, occurred after emergency managers appointed by then-Gov. Rick Snyder decided to change to the city’s water supply from Lake Huron and the Detroit River to the Flint River to save costs.

Residents immediately raised concerns about their water quality. The Flint River is highly corrosive to lead plumbing and officials did not apply corrosion inhibitors to the water, resulting in lead being leached from the old pipes.

As a result, tens of thousands of people were exposed to dangerously high levels of lead. There were also outbreaks of Legionnaires’ disease — a severe form of pneumonia caused by inhaling Legionella bacteria in small droplets of water or accidentally swallowing water containing the bacteria — that sickened 87 and killed at least 12.

The study found residents who believed the contaminated water harmed their or their family’s health, or had low confidence in public officials, were at higher risk of PTSD and depression. Those with an annual household income of less than $25,000 were also at higher risk.

What’s more only about one-third, or 34.8%, were offered mental health services. Of those offered services, 79.3% used them.

The team did say its study had some limitations, including not accounting for pre-existing mental health conditions and the potential diagnoses not being made through interviews with a psychologist or psychiatrist.

The authors, however, believe people who suffer environmental disasters may require long-term mental health services. Additionally, despite restoring the water supply to Lake Huron and efforts to remove lead from city pipes, the team says mental health services have not matched the need in the community.

“Environmental disasters, such as the Flint, Michigan, water crisis, are potentially traumatic events that may precipitate long-term psychiatric disorders,” they wrote. “The water crisis was associated with acute elevations in mental health problems in the Flint community, but long-term psychiatric sequelae have not yet been evaluated using standardized diagnostic measures.”

The study comes as another city — Jackson, Mississippi — suffers its own water crisis.

Floods in late August caused the city’s main water treatment to fail, leaving all 150,000 without access to clean water for drinking, cooking or cleaning.