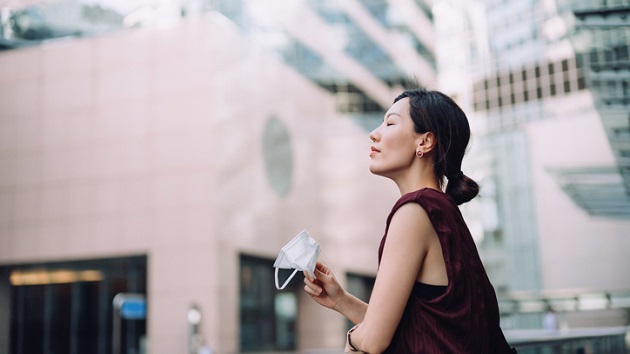 The federal government has allocated a significant amount of funding to assist in the implementation of the new Lifeline number, 988, in a bi-partisan effort to address mental health concerns and assist in suicide prevention. The infusion of funding comes as mental health experts explore the impact the COVID-19 pandemic has had on the nation’s population over the last two years.

Still, despite federal funding efforts to assist in the 988 implementation, call centers across the nation remain underfunded and understaffed at the state and local level. This means that calls from people seeking help may be funneled to one of the Lifeline’s national backup call centers, or go unanswered if the backup centers are overwhelmed.

At its current capacity, about 85% of calls to the Lifeline are answered at either the local or national backup level, according to a report from the Substance Abuse and Mental Health Services Administration.

“24 Months That Changed the World,” airs tonight at 10 p.m. EDT on ABC and tomorrow on Hulu.

The number of calls to the Lifeline is expected to increase following the adoption of the new number, according to SAMHSA.

“Fortunately, most [states] are taking this as an opportunity and are working towards increasing their Lifeline call centers within the network,” said Hannah Wesolowski, chief advocacy officer for the National Alliance on Mental Illness. “But when somebody calls in, and they wait, and they hang up — we have one chance to get this right for a person. Lives are literally at risk. These are people who are in crisis, might be having suicidal ideation. It’s incredibly risky when those calls don’t get through.”

Wesolowski explained that local call centers connect people to mental health care providers in their communities, as well as other resources, while the backup centers may not be able to provide that service.

“We want to deescalate the immediate crisis, which is what those trained crisis counselors do, but we also want to connect them to resources so they stay well,” Wesolowski said. “We don’t want to just have them keep cycling into crises — crisis after crisis — it’s really important that they get connected to needed care so they can get well and stay well beyond that crisis situation. So it’s those local crisis counselors that can really make those connections. When there’s not that local capacity. It’s a huge concern.”

Despite concern over full readiness ahead of the 988 launch, Lifeline Executive Director Dr. John Draper told ABC News that efforts to support the network at the state level have grown.

“We’ve never seen this level of activity in terms of states committing interest, and then being dedicated to supporting local crisis centers,” Draper said.

He explained that crisis centers have typically been seen as “peripheral” to the mental health system, but after 20 years of research around the efforts of the Lifeline, the understanding of their importance has shifted.

“It’s basically a free mental health service for people who are in distress. So that’s what some states are starting to realize is by investing in these centers, they can actually save costs, they can keep people from unnecessarily going to emergency departments, they can people keep people from certainly unnecessarily engaging with police for mental health and suicidal crisis,” Draper said. “If we can engage [people in crisis] in ways through a system that is really designed to care for them, as opposed to scare them, then we are going to be much more effective in keeping them healthy in the community. And that’s really what we’re trying to do.”

The system Draper described is often referred to as a “continuum of care” for people experiencing a mental health crisis.

Activists say the ideal version of this continuum would include locally operated call centers, mobile crisis response teams and community care facilities, which are sometimes referred to as crisis stabilization units.

Wesolowski explained that about 80% of calls to the Lifeline can be deescalated over the phone. Of the remaining 20%, a large portion can be addressed appropriately by a mobile crisis response team, which includes mental health professionals, paramedics and social workers. Those that require further care could be taken to a crisis stabilization facility, where they can receive short-term psychiatric urgent care, rather than being taken to a hospital.

Mobile crisis response teams and stabilization facilities are even less prevalent across the nation than call centers, making their availability to someone in crisis dependent on that person’s location.

However, several cities have implemented pilot programs to provide mobile crisis response services as an alternative to a law enforcement response for people experiencing a mental health emergency.

Last August, Denver announced it would be expanding its Support Team Assisted Response (STAR) Program after what the city called a “successful one-year pilot,” in a press release.

In that first year, the city says the program handled 1,400 calls.

“Of those, there were no arrests, no injuries and no need for police back up,” according to the press release.

In areas where these services are not available, law enforcement is often called to respond to someone in crisis, which can lead to escalation of the situation including that person’s arrest or even their death.

“I think that’s a really important component, to take law enforcement out of it,” Wesolowski said. “We don’t ask law enforcement to respond to other health care crises. That’s not their job. We ask medical professionals to do that. And mental health is health. So it’s really important that we take a mental health approach to these crises and provide health, not handcuffs.”

Over the last two years, a more widespread focus has been placed on suicide prevention and mental health care as experts weigh in on the effects the COVID-19 pandemic has had on the mental health of Americans.

Last month, U.S. Surgeon General Dr. Vivek Murthy testified before the Senate Finance Committee about the dramatic impact the pandemic has had on the mental health of young Americans, in particular.

Suicide attempts among young people have increased during the pandemic. The Centers for Disease Control and Prevention reported last year that emergency department visits for teen girls who had attempted suicide were up more than 50% at the start of the pandemic, compared to 2019.

Murthy will discuss the need to address the mental health crisis among America’s youth during “20/20” special, which focuses on the impacts of the pandemic over the last two years.

If you are struggling with thoughts of suicide or worried about a friend or loved one, help is available. Call the National Suicide Prevention Lifeline at 1-800-273-8255 [TALK] for free, confidential emotional support 24 hours a day, 7 days a week.