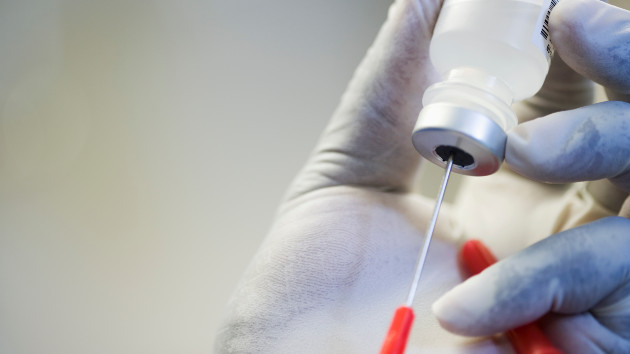 The New York-based pharmaceutical company released findings from the Phase 3 clinical trial investigating its RSV vaccine candidate when administered to participants ages 60 and up. The investigational vaccine targets both A and B strains of the virus, making it bivalent.

“We are delighted that this first bivalent RSV vaccine candidate, RSVpreF, was demonstrated to be efficacious in our clinical trial against this disease, which is associated with high levels of morbidity and mortality in older adults,” Dr. Annaliesa Anderson, senior vice president and chief scientific officer for vaccine research and development at Pfizer, said in a statement Thursday.

RSV is a common virus that affects the lungs and breathing passages, usually causing mild, cold-like symptoms but sometimes leading to serious conditions. Although most people recover within a week or two, the virus can be dangerous, especially for infants and older adults, according to the Centers for Disease Control and Prevention.

Each year, an estimated 177,000 older adults are hospitalized with RSV across the United States and 14,000 of them die. The virus is the most common cause of bronchiolitis and pneumonia in children under the age of 1 in the U.S. There is currently no approved vaccine for RSV, according to the CDC.

Pfizer said in a press release Thursday that a vaccine efficacy of 85.7% was observed in participants with more severe primary disease endpoint of lower respiratory tract illness, or LRTI-RSV, defined by analysis of three or more RSV-associated symptoms. The investigational vaccine was also well-tolerated, with no safety concerns, according to the press release.

Based on the findings, Pfizer said it plans to seek regulatory approval from the U.S. Food and Drug Administration this fall.

“Scientists and researchers have worked to develop RSV vaccines with little success for over half a century,” Anderson added. “These findings are an important step in our effort to help protect against RSV disease and we look forward to working with the FDA and other regulatory agencies to make this vaccine candidate available to help address the substantial burden of RSV disease in older adults.”