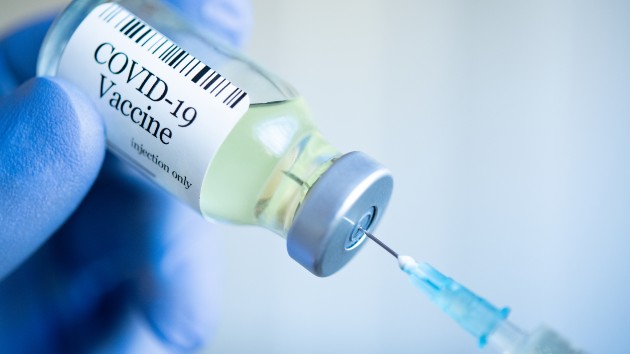 (NEW YORK) — When it comes to vaccinations, the vast majority of U.S. patients are rolling up their sleeves for two rounds, according to data released Sunday by the U.S. Centers for Disease Control and Prevention. However, according to the data, there is still work to be done, as millions of people have potentially missed the recommended window for their second shot.

A CDC report on vaccine completion status through April 9 showed that 92% of people who had one dose of an mRNA vaccine received their second shot during their scheduled windows. About 8% of patients — roughly five million people — may have missed their second dose, according to the report.

The percentage of people not getting their second dose more than doubled from 3.4%, the CDC reported from data gathered through mid-February. However, the agency said that jump was to be expected as eligibility and access increased.

Dr. John Brownstein, an epidemiologist at Boston Children’s Hospital and an ABC News contributor, said it’s not immediately clear why so many people aren’t showing up for their follow-up visits, but there could be a few factors.

For one, some patients may not be able to get their work schedules to align with setting up and attending the second dose visit, he said.

Brownstein also noted that there could be a technical issue with the data, as more pharmacies and vaccine site locations opened up. If a person received the two doses from different reporting entities, those two doses may not have been linked together, he said.

“We know IT systems have trouble talking to each other, and you may not get a full picture of an individual,” Brownstein said.

Another possibility behind the missed appointments is misinformation, according to Brownstein. There may be some individuals who mistakenly believe that one dose of an mRNA vaccine will protect them from the virus, he said.

The Moderna and Pfizer vaccines both need two shots in order for someone to be considered fully vaccinated. Getting one shot of either vaccine gives the patient 50% to 60% protection from the coronavirus, and that jumps to over 94% with the second shot, according to the CDC.

“It’s all about targeted education efforts, really doubling down and educating people on why that second shot is so important,” Brownstein said.

Patients who haven’t received their second shot during the typical three- or four-week wait still have time, according to the CDC. Even if it has been six weeks after the first dose, it will still count, according to the agency.

There are several CDC programs that remind patients of their second dose appointment, including V-Safe and VaxText.

“It is crucial that everyone gets their second shot to fully protect themselves, especially from the new variants,” Brownstein said.