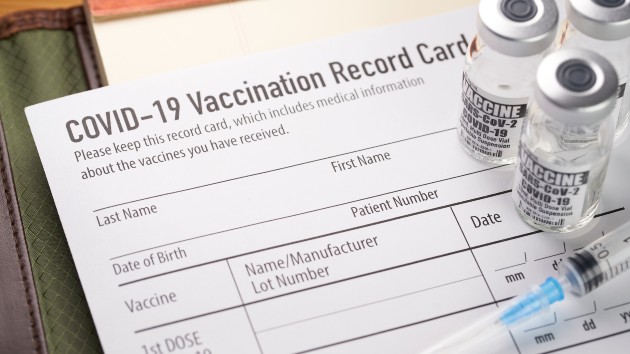 (NEW YORK) — About five million Americans missed receiving their second dose of the Pfizer or Moderna COVID-19 vaccine, according to Centers for Disease Control and Prevention data released on Sunday.

But with some upcoming activities — traveling and returning to school among them — possibly requiring proof of a full vaccination — two doses of the Pfizer or Moderna vaccine or a single dose of Johnson & Johnson — experts told ABC News it’s still not too late for those who still need a second shot.

“Some people have a change in circumstance, some people are not able to take time off work,” said Dr. Dan Barouch, director of the Center for Virology and Vaccine Research at Beth Israel Deaconess Medical Center.

Part of it may be increasing concern over potential side effects, said Dr. Paul Goepfert, a professor of medicine at the University of Alabama at Birmingham and director of the Alabama Vaccine Research Center.

But experts said even if you’re beyond six weeks, it’s a good idea to get that second shot.

“It’s likely that getting a second shot, even at a later point in time, is still very beneficial,” Barouch said.

There’s existing data that other parts of a person’s immune system — memory B-cells and T-cells, in particular — last long enough to mount an antibody response, even if the second shot is later than typically advised, added Goepfert.

Although the experts who spoke to ABC News agreed more data is required to get a fuller understanding of the effects of receiving second shots later, they also agreed that even late, the second dose still provides added protection.

And the longer people wait, Durbin cautioned, the more they’re putting themselves at risk.

“The risk is, you could get COVID in between that first and second dose,” Durbin said. “We just don’t know how long protection of that first dose lasts, so the longer you wait, the higher at risk you are getting COVID.”