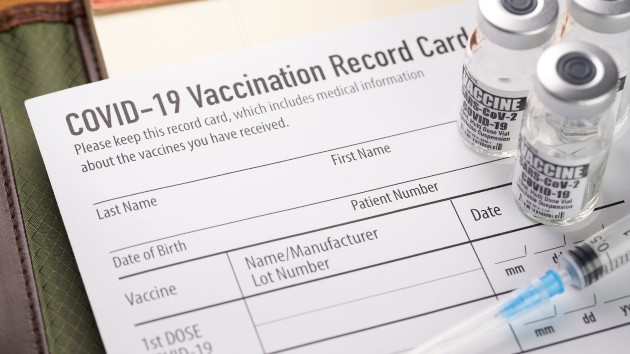 (NEW YORK) — The daily pace of vaccinations nationwide appears to be flattening out and could be on the decline, suggesting that America is moving from a phase of desperate vaccine searches to one of aggressive government outreach and education to sway those who have not yet scheduled an appointment.

More than half of U.S. adults have had at least one vaccine shot. But according to data on daily vaccinations from the Centers for Disease Control and Prevention, the seven-day average count of people receiving their first dose of the COVID-19 vaccine started dropping slightly nine days ago.

While an average of nearly 1.9 million people a day came in to get their first dose of the vaccine during the week of April 11, the average for the week of April 16 was around 1.47 million. The total doses the U.S. has administered nationwide since vaccines were first authorized has also flattened out over the past few days, CDC data show, interrupting the exponential growth of the last few months.

And on Wednesday, a daily update from the Department of Health and Human Services showed numbers were down this week to an average of just over three million shots administered a day, when on Friday, the country was averaging about 3.35 million a day.

The decline started one day before the Johnson & Johnson vaccine was suspended, suggesting the nationwide “pause” might not be the primary factor, even if it may have contributed.

In fact, most experts say there is no sole factor. The drop in the weekly average could be because most Americans who were actively seeking out the vaccine already got their shot and the remaining millions of people are taking a wait-and-see approach or have outstanding concerns about the vaccines. It could be because elderly people — the highest risk demographic — have largely been vaccinated and young people are less eager to get the shot. Or it could be because access to the vaccine — whether it’s proximity, taking time off work or finding transportation — are all barriers for people who want a shot. Likely, it’s a combination of it all and then some.

“What happened is we had this initial big wave of demand, especially among people that were most vulnerable,” said Dr. John Brownstein, an epidemiologist at Boston Children’s Hospital and an ABC News contributor.

But the desire to get a vaccine is less among young people, “so even if eligibility opens up, there’s potentially less demand,” he added.

At the same time, any inconvenient hurdles during the process of getting a shot could compound any lingering reluctance.

“Not everyone can get to a mass vaccination site; not everyone can use the existing web tools,” Brownstein said. “Even though we may see a map that has a lot of sites, it’s not necessarily the most convenient, especially for those that are essential workers who can’t take the time off work.”

President Joe Biden, during a speech on Wednesday to celebrate his administration getting 200 million shots into arms since he’s been in office, acknowledged that there’s still a lot of work to be done to smooth the vaccination process in a way that encourages the rest of the country to step up for a shot.

As of Wednesday, 26% of the population was fully vaccinated and 40% had at least one shot. Experts predict the U.S. will need 70-90% of people to get vaccinated before the country can reach herd immunity, although they say it’s hard to know for sure how many vaccinations will be enough.

“The vaccine is free. It’s convenient. And it’s increasingly available. But I know that isn’t enough,” Biden said.

Biden listed some policy solutions, like increased vaccine supply to local pharmacies and federally run clinics so that 90% of Americans are within 5 miles of a vaccination site. He also called on all businesses to give employees paid time off when they get their shots or need to recover from any side effects. Biden announced a new tax policy that would allow all small and medium-sized businesses to apply to be reimbursed for the time off they give their employees.

But Biden’s administration also said on Wednesday that it’s not using the pace of shots to try to determine vaccine acceptance because there are so many variables.

“We don’t think that we’re talking about a group of people that are quote, unquote ‘vaccine hesitant,'” an administration official told reporters ahead of Biden’s speech, speaking on condition of anonymity.

“People have questions about the vaccine. Those questions need to be treated legitimately instead of casting them in a broad pool of people and saying, ‘hey you’re ‘vaccine hesitant,'” the official said. “We’re confident that people are going to end up making the right decisions. So we’re not really measuring all that by the pace.”

At the same time, a new report Wednesday from the Kaiser Family Foundation, a non-partisan resource on national health issues, found the country appears “quite close to the tipping point where demand for, rather than supply of vaccines is our primary challenge.”

“Federal, state, and local officials, and the private sector, will face the challenge of having to figure out how to increase willingness to get vaccinated among those still on the fence, and ideally among the one-fifth of adults who have consistently said they would not get vaccinated or would do so only if required,” according to the report.