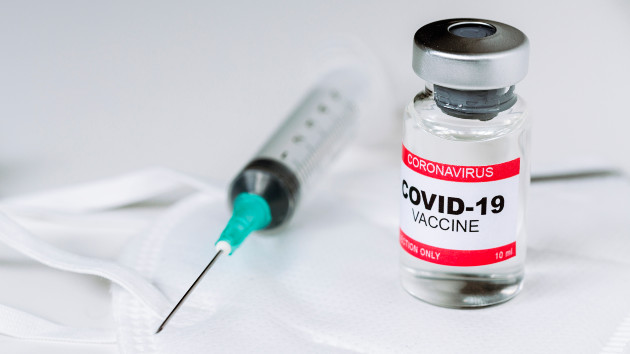 (NEW YORK) — COVID-19 vaccines for kids under 5 have not yet been authorized, but the U.S.’ rollout plan is already in the works.

The federal government is prepping an initial 10 million doses of the under-5 Pfizer formula, which will be ready to go out as soon as the Food and Drug Administration gives their final sign-off, sources familiar with the situation told ABC News.

The new three-microgram doses for this young population will be distributed in maroon-capped vials, according to a preliminary planning chart from the Centers for Disease Control and Prevention to states and obtained by ABC News.

This is to differentiate that specific formula from the vials for 5- to 11-year-olds, which are orange-capped. The formula for adults and older adolescents will have grey caps (previously it had purple caps, but that color will no longer be used).

Supply of the under-5 vaccine formula is abundant, with enough for all children in the age group, sources familiar with the rollout said. Now, all that is needed is FDA authorization and CDC recommendation.

The Biden administration has promised there will also be enough needles, syringes and kits, for the roughly 18 million children aged six months to 5 years old in the U.S. who will soon be eligible.

States will be putting in their orders this week and next week, sources said, so the government can start sorting out where the doses will ship.

White House COVID-19 coordinator Jeff Zients said Wednesday that the plan for the vaccine rollout for kids under 5 is “well underway,” and the CDC is working with state leaders to help them prepare.

The new formula for these young children will be available at “thousands of locations across the country, locations that parents know and trust,” Zients said, and the Biden administration is working “closely” with pediatricians, family doctors, children’s hospitals and pharmacies to ensure access.

The Food and Drug Administration’s independent advisory committee (VRBPAC) is set to meet and publicly debate Pfizer’s request to authorize their under-5 vaccine on Feb. 15, after the company submitted that application at the start of February.