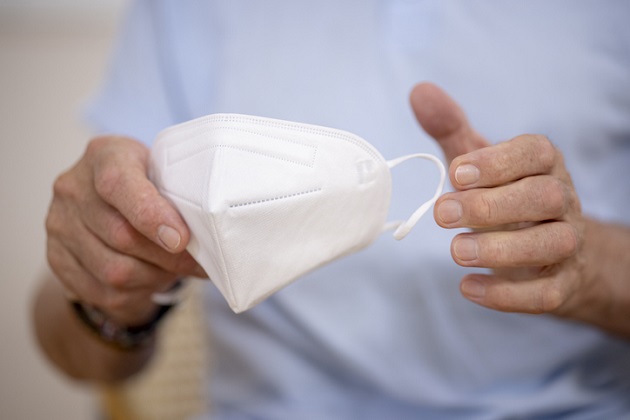 (WASHINGTON) — The Biden administration’s stark warning last week that as many as 100 million Americans could be infected during a COVID-19 wave in the fall and winter came as a shock to many in the country.

After all, 70.5% of the eligible U.S. population aged 5 and older are fully vaccinated and 47.8% of those aged 12 and older are boosted, according to the Centers for Disease Control and Prevention.

What’s more, a recent CDC analysis estimated at least three out of every five Americans have antibodies that indicate being previously infected with COVID-19, meaning most people in the U.S. have natural immunity.

So with such high levels of protection, why would up to 30% of the population be infected during a potential new wave?

Scientists and public health experts said the 100 million estimate — based on mathematical models — does not surprise them and that as immunity wanes and people move indoors due to cold weather, cases will inevitably rise.

“Certainly we’re capable of sustaining 100 million infections this winter,” Dr. Shira Doron, an infectious disease physician and hospital epidemiologist at Tufts Medical Center in Boston, told ABC News. “The model doesn’t mean that there will be 100 million cases, but there is the potential for a lot of infections. It doesn’t mean everyone should panic.”

Doron explained that even with the high rates of vaccination in the U.S., immunity diminishes over time and COVID-19’s ability to mutate has helped it evade — at least partially — the protection offered by vaccines.

She said when the vaccines first rolled out in the winter of 2020-21, they were based on the original strain of the virus. Because of this, they were protective against infection, severe disease and death.

However, as the virus mutated, those vaccines became less effective at preventing infection while still being highly effective at protecting against the most serious effects of the disease.

“These vaccines are great, but they’re not perfect,” Dr. William Schaffner, a professor of preventive medicine and infectious diseases at Vanderbilt University in Nashville, Tennessee, told ABC News. “They can’t prevent widespread, mild infections. We haven’t got a vaccine that could turn off COVID like a light switch.”

This means it’s possible for Americans who are fully vaccinated and boosted to test positive for COVID-19, but it’s unlikely this group will get severely ill or die.

Another reason the U.S. could see such a high number of infections is because as temperatures drop, people will move indoors, which increases the risk of transmission.

“The weather will get colder, and we’ll start to go indoors again, and we had increased transmission during the last winter season and we may have increases again on the basis of seasonality,” Schaffner said.

The prediction comes as the Biden administration asks Congress for $22.5 billion in funding for testing, vaccines and treatments.

If the funding is secured, a senior administration official told reporters Friday that the country will be better prepared to blunt the effects of the surge and keep hospitalization and death rates low.

If Congress rejects the funding, “the consequences of those 100 million being infected will be higher,” Doron said.

Cuts to funding will decrease testing, leading to COVID-19 infections being spread undetected, and fewer treatments for those at high risk of severe disease, which could lead to hospitalization, she said.

Dr. Peter Chin-Hong, an infectious diseases specialist at the University of California, San Francisco, added this will also limit the number of people who access vaccines, treatments or tests.

“Some vulnerable folks who probably need additional doses will not get it if they have to pay out of pocket for a vaccine or not have it covered,” he told ABC News. “When people are not sure if they will be saddled with a bill, they’ll stay away from accessing care.”

The experts said the best way people can protect themselves ahead of a surge is to make sure they are up to date on their booster shots, whether they are eligible for one or two doses and to follow the advice of public health experts.

“There may be a call to get another dose of vaccine or in specific locations, people may have to wear masks again,” Schaffner said. “Please be open to this. … Be prepared, keep listening and reading updates on the virus in your area.”