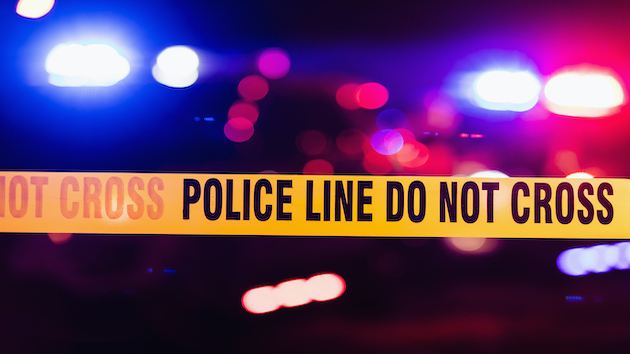 (HONOLULU) — A man who barricaded himself in a Honolulu hotel room after allegedly firing multiple shots has died from a self-inflicted gunshot wound, officials said.

Honolulu Police Department Captain Brian Lynch said that a 911 call came in at approximately 5:40 p.m. Saturday reporting that multiple shots had been fired at the Kahala Hotel & Resort, according to ABC News’ Honolulu affiliate KITV-TV.

According to KITV, Lynch said that there were about five shots fired from a guest’s room on the fourth floor of the hotel and that hotel security responded as the suspect reportedly shot through the door of the room.

Lynch said that 18 police officers responded to the scene and immediately evacuated the adjoining rooms and all guests who were on the fourth floor of the Kahala Hotel & Resort.

Guests and staff in other areas on the property were asked to shelter-in-place. There have been no injuries reported but social media posts show hundreds of people in the resort’s grand ballroom, according to KITV.

The Kahala Hotel & Resort released a statement regarding the ongoing situation on the property.

“This evening, an individual with a firearm barricaded himself in one of the guest rooms at The Kahala,” read the statement obtained by KITV. “Our security personnel and law enforcement have evacuated guests and employees from the immediate area and everyone is sheltering in place. We ask that the public refrain from entering the area surrounding the hotel at this time. We will provide further updates as they become available.”

Lynch has confirmed that the male suspect involved with the ongoing situation is alone in the room and he may have family staying with him but says they are in a safe place.

KITV reports that the suspect is believed to be in the military and maybe stationed on Oahu.