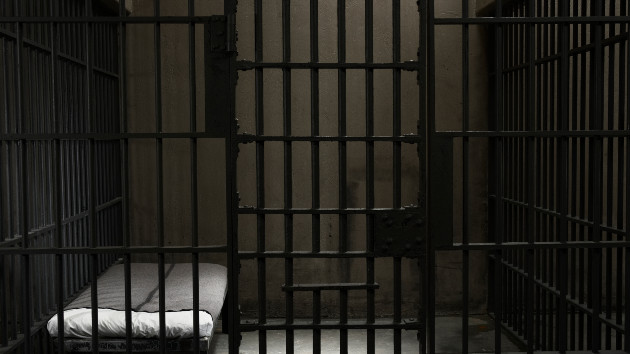 (BALTIMORE) — Adnan Syed, who was the subject of 2014’s wildly popular podcast “Serial,” is set to appear in a Baltimore courtroom on Monday after prosecutors requested that his 2000 murder conviction be vacated.

He could walk free Monday after new evidence was uncovered by prosecutors.

He was just 17 when he was convicted of first-degree murder, robbery, kidnapping and imprisonment of his ex-girlfriend, Hae Min Lee, in 2000.

He has maintained his innocence and denied any involvement in Lee’s death.

A 2019 appeal for a new trial was turned down by the U.S. Supreme Court.

Baltimore Circuit Judge Melissa Phinn has scheduled a hearing for 2 p.m. Monday. She will determine if his conviction will be vacated, and a decision could be announced as soon as Monday.

Syed is expected to be brought to the courtroom from prison.

What happened to Hae Min Lee?

On Jan. 13, 1999, 18-year-old Hae Min Lee vanished after leaving Woodlawn High School in Baltimore, Maryland, where she was a senior.

Her body was found around one month later buried in a park in Baltimore. She had been strangled.

Prosecutors now say there are two additional suspects in the case.

Following a yearlong investigation conducted alongside Syed’s defense team, the state’s attorney for Baltimore City said that new evidence has emerged, including the possible involvement of two alternative suspects.

Prosecutors now say these two suspects were part of the initial inquiry but were not sufficiently ruled out. Prosecutors did not name the suspects.

The motion details how one of the two suspects at one point threatened to kill Lee and both had documented records of violence towards women.

One of the suspects was reportedly convicted of a series of rapes, according to the court papers, while one was convicted of attacking a woman.

Prosecutors are recommending that Syed be released from prison on his own recognizance as the investigation continues.

“After a nearly year-long investigation reviewing the facts of this case, Syed deserves a new trial where he is adequately represented and the latest evidence can be presented,” Baltimore City State’s Attorney Marilyn Mosby said in the statement.

“We believe that keeping Mr. Syed detained as we continue to investigate the case with everything that we know now, when we do not have confidence in results of the first trial, would be unjust,” Mosby said.

According to the motion, Maryland law says prosecutors generally have 30 days after a conviction is vacated to decide whether to drop the charges or to retry the case.

Mosby said prosecutors are “not asserting, at this time, that Mr. Syed is innocent” but that the state “lacks confidence in the integrity of the conviction” and that Syed should get a new trial.

Legal experts have suggested re-trying Syed for Lee’s murder will be extremely difficult to prove and is unlikely to happen.

At his original trial, prosecutors relied on testimony from a friend, Jay Wilds, who said he helped Syed dig a hole for Lee’s body.

Prosecutors presented cellphone records and expert witness testimony to place Syed at the site where Lee was buried.

At a post-conviction hearing in 2016, a forensics expert testified that those cellphone records were unreliable and should not have been used to convict Syed.