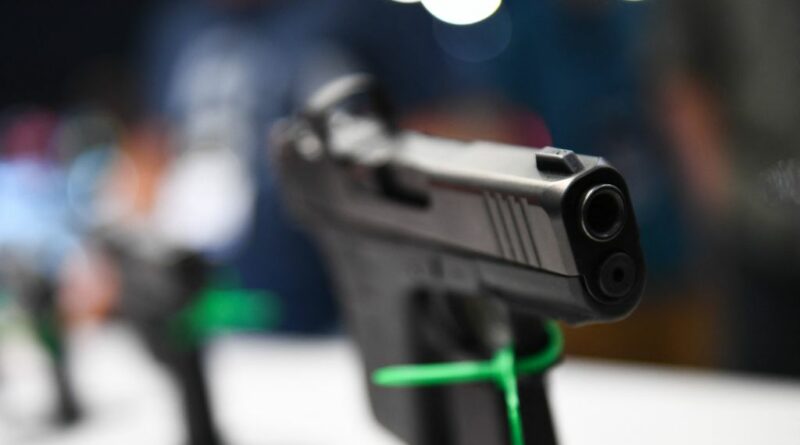 (NEW YORK) — Banning someone from buying a gun while under felony indictment goes against their Second Amendment right to bear arms, a federal judge in Texas ruled Monday.

“There are no illusions about this case’s real-world consequences–certainly valid public policy and safety concerns exist,” U.S. District Judge David Counts, a Trump appointee, wrote in his decision.

Counts’ opinion relied heavily on the framework set out by the high court in Bruen, saying that it was unclear after that ruling “whether a statute preventing a person under indictment from receiving a firearm aligns with this Nation’s historical tradition of firearm regulation.”

The Texas judge had been asked to weigh the case of Jose Gomez Quiroz, who was indicted for felony burglary on June 9, 2020, and then allegedly jumped bail, attempted to purchase an automatic weapon, lied on his ATF firearms transaction form and was able to purchase the gun.

Quiroz was convicted of making a false statement during the purchase of a firearm and illegal receipt of a firearm by a person under indictment. But he moved to dismiss the verdict “because of the United States Supreme Court’s recent ruling in Bruen.” (Quiroz’s burglary case is still pending.)

Counts agreed, finding that the Supreme Court had established a new “standard” with which to view Second Amendment rights.

“No longer can courts balance away a constitutional right. After Bruen, the Government must prove that laws regulating conduct covered by the Second Amendment’s plain text align with this Nation’s historical tradition. The Government does not meet that burden,” Counts found.

He also wrote that he was skeptical that a felony indictment should preclude anyone from owning a weapon.

“The nature of grand jury proceedings is one such area that casts a shadow of constitutional doubt on [making a false statement on a gun form],” he wrote. “Some feel that a grand jury could indict a burrito if asked to do so.”

The government has submitted notice of intention to appeal the decision.