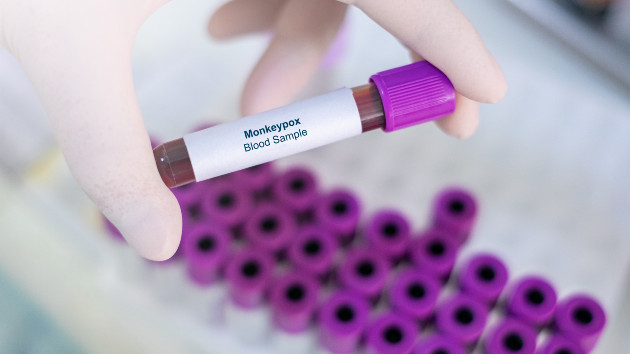 (WASHINGTON) — At a congressional hearing on Wednesday with the nation’s leading public health officials, senators on both sides of the aisle criticized the Biden administration’s monkeypox response.

The strongest rebuke came from North Carolina’s Richard Burr, the ranking Republican member of the Senate Committee on Health, Education, Labor and Pensions (HELP), who labeled the government’s handling of monkeypox a “catastrophic failure” reminiscent of the onset of COVID-19 and implored officials to “do better.”

“You repeated each of the mistakes from the early days of the COVID response, and the cultural arrogance from public health officials who are supposed to be at the forefront of our response let this country down again,” Burr told the officials: Centers for Disease Control and Prevention Director Rochelle Walensky; National Institute of Allergy and Infectious Diseases Director Anthony Fauci; Food and Drug Administration Commissioner Robert Califf and Assistant Secretary for Preparedness and Response Dawn O’Connell.

Burr listed off delays on testing, therapeutics and vaccines — all of which were, and in some cases still are, challenging to access at the beginning of the monkeypox outbreak — and he criticized government health officials for not issuing stronger behavioral guidance during the many Pride parades nationwide for a disease that’s largely infecting the gay and bisexual male community.

Democratic Sen. Patty Murray, the committee chair, also had criticism of the overall monkeypox response — though she tempered hers with the news that access to vaccines, testing and therapeutics has increased while case growth has decreased.

Still, she called the response “unacceptable.”

“I know each of your agencies have worked relentlessly to respond first to COVID and now monkeypox. But I have to say, frankly, too many missteps were made early on in the response and a couple hundred cases turned into 21,000. It is unacceptable to communities who already experienced barriers to accessing health care, like the LGBTQ+ and the Black and Latino communities that are hardest hit by this outbreak,” Murray said.

For their part, members of the administration’s monkeypox response said that they had worked quickly to focus on key measures like testing and vaccines.

“On May 17, a case was reported in Massachusetts and was confirmed by CDC the following day. CDC immediately began its work searching for additional cases, educating clinicians and the public about this disease and supporting our state and local health public health partners in their response,” Walensky said.

“Over the last several weeks we’ve been pleased to see a decline in the growth of new cases here and abroad, though there are areas in the United States where the rate of rise in new cases is still increasing. We approach this news with cautious optimism, recognizing that we must continue to aggressively respond using our entire toolkit, including vaccination, testing and education about risk, to inform behavior change,” she said.

She said the U.S. has always had more testing capacity than testing being done and to date is still doing 14-20% of its total testing capacity. The underlying issue, she said, has been getting health care providers up to speed on a disease that’s not common domestically so that they quickly prescribe tests.

On vaccines, Burr pushed the officials on why vaccination rates aren’t higher — arguing that a lack of information on the new intradermal vaccination method, which is allowing the U.S. to increase its vaccine supply by up to fivefold, could be turning people off of the shots.

“We know that we have 13 to 15 million gay men in this country in the United States. … We have about 1.9 million HIV/AIDS positive gay men. There’s your immunocompromised population, 1.9 million; [and] your at-risk pool for sexually transmitted monkeypox [is] about 13 to 15 million. And somehow we’re cheering the fact that we put out 700,000 vaccines,” Burr said.

The administration has been doing some large-scale pop-up clinics at events like Atlanta Black Pride, Charlotte Pride, Boise Pride and Southern Decadence in New Orleans, Walensky said, and they had vaccinated around 7,200 people between the Atlanta and New Orleans events.

“What we need to do now is do those in smaller scale, and we’re actively doing that scale up … So rather than these big events, we need to meet people where they are with community-based organizations, trusted messengers,” she said.

O’Connell, who oversees the vaccine logistics within the Department of Health and Human Services, said the U.S. would be getting an additional 5.5 million vials of monkeypox vaccine in the coming months — which could be used as some 27 million doses, using the new intradermal approach — on top of the 1.1 million vials that have already been made available.

“Responses cannot be static. They must continue to evolve and calibrate to the current set of circumstances and regularly account for new information and evolving scientific understanding. This has been true of the monkeypox response thus far and will be true as it continues,” O’Connell said, defending the response.

But Walensky pointed out that there are holes in the administration’s work because of data hurdles.

The CDC does not have nearly the amount of information they need to design a more efficient testing and vaccination strategy, she said.

For example, “for monkeypox specifically, I can tell you that I don’t know the total number of people hospitalized with monkeypox,” Walensky said.

She also said the CDC doesn’t know which people who are testing positive for monkeypox have been vaccinated or not.

While demographic data, such as race, ethnicity and gender, are reported in 91% of vaccinations, that data is only reported for 27% of tests and 47% of cases.

“We have been working closely, tirelessly, with state and local public health staff who have been doing the same to extract data on this outbreak specifically,” Walensky said.