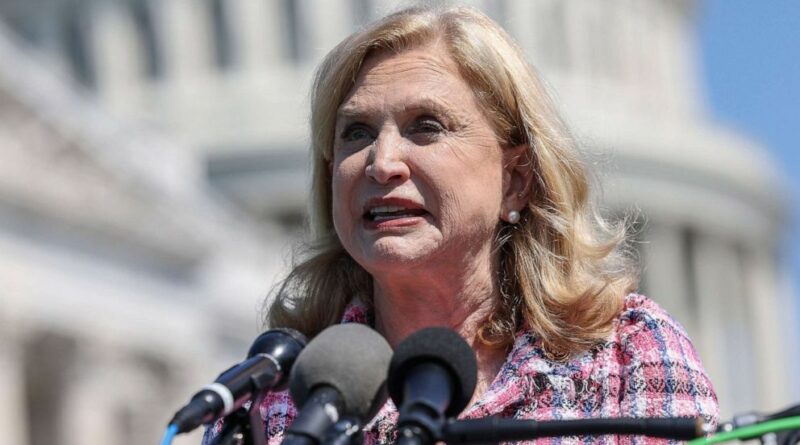 (WASHINGTON) — New York Democratic Rep. Carolyn Maloney, who earlier this week appeared to question whether President Joe Biden should run for reelection in 2024, on Thursday apologized to her party’s leader.

In the same breath, however, she doubled down on remarks that she doesn’t believe the 79-year-old Biden will run again — despite Biden and the White House repeatedly saying he plans to run for a second term.

“Mr. President, I apologize. I want you to run. I happen to think you won’t be running, but when you run or if you run, I will be there 100%. You have deserved it, you are a great president, and thank you for everything you have done for my state and all the states and all the cities in America.” Maloney said during an appearance on CNN’s “New Day.”

Maloney — a top House Democrat currently entrenched in one of the hottest incumbent-on-incumbent primary elections of the midterm cycle — on during a Tuesday debate with veteran Rep. Jerry Nadler, was asked by moderators from NY1 the direct question: “Should President Biden run again in 2024?”

“I don’t believe he’s running,” Maloney responded. Then, during her appearance on CNN Thursday, “New Day” co-anchor Brianna Keilar pressed the congresswoman on why she continues to say Biden won’t make another bid.

“Well, we’re all entitled to have our own information and our own beliefs, but I will support him if he runs for president,” Maloney said.

As recently as Friday, White House press secretary Karine Jean-Pierre told ABC News’ Molly Nagle that the “president intends to run in 2024. We are ways away from 2024,” in response to news that another Democrat, moderate Rep. Dean Phillips of Minnesota, was the first leading elected member of the party to publicly declare he wouldn’t support Biden if he ran for a second term.

“I think it’s time for a generational change,” Phillips said Friday in an interview on the Twin Cities-based radio show WCCO-AM, noting he expects more Democrats to start speaking out about their concerns. “And I think most of my colleagues agree with that.”

Following Phillips’ announcement, another Minnesota Democrat, Rep. Angie Craig, joined in to declare her opposition. But Maloney is the most notable Democrat to cast some sort of doubt on Biden’s electability.

Maloney began backtracking her initial remarks on Wednesday morning, tweeting her support for the president “if he decides to run for re-election.”

Biden is facing growing doubts from inside his own party, with a New York Times/Siena College poll earlier this month showing 64% of Democratic voters saying they would prefer a new standard-bearer for a White House bid in 2024.

Maloney and Nadler, both longtime members of Congress are now battling for New York’s 12th Congressional District seat after a recent redistricting overhaul. They face off Aug. 23 in New York’s primaries.

Nadler told debate moderators on Tuesday that it was “too early to say” if Biden would run again in 2024, adding that such speculation “doesn’t serve the purpose of the Democratic Party to deal with that until after the midterms.”