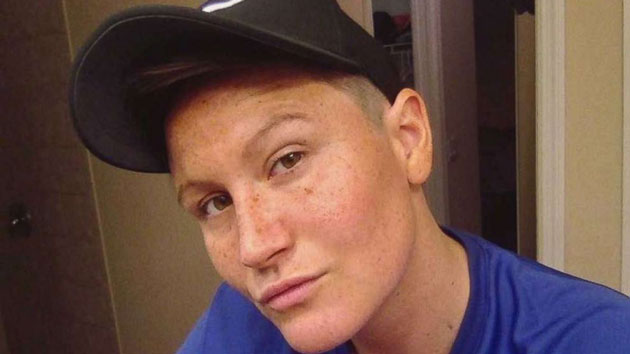 Corey Walker(NEW YORK) — A group of supportive friends threw a celebratory affair in honor of their buddy starting testosterone.

The guest of honor, Corey Walker, 27, partied with his friends on May 24 to commemorate his journey of transitioning from female to male.

Walker tweeted photos of the festivity, which received 61,000 likes and hundreds of positive reactions.

“It was really exciting,” Walker said of the celebration. “I’m glad I had the party because I think this transition should be a positive thing and having the support that I had was encouraging.”

Walker, 27, a Florida resident, said the idea was born when he threw a party for his former partner who was also transitioning.

“I kind of put my own personal transition on the back-burner to be supportive of him,” Walker explained. “When it was my turn to transition, my friends thought that I deserved the same.”

In a gender-reveal-style party, Corey’s buddies decorated the room in blue and white with signs that read, “It’s a boy!”

Blue-colored drinks were also added as a fun element. The party took place on the same day that Walker took his first dose of testosterone, he said.

“We have been best friends for eight or nine years [and] we’ve gone through a lot of stuff together,” said Corey’s friend Erin Knoll, 27, of Michigan. “I think it was really important for him to have this support system.”

Walker said he has a date set for top surgery July 19. He hopes that sharing the party images on Twitter will inspire others to celebrate their loved ones transitioning as well.