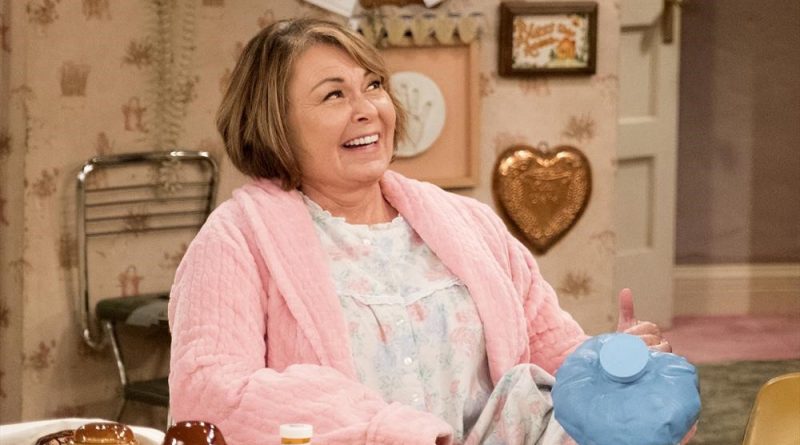 ABC/Adam Rose(LOS ANGELES) — Hours after ABC canceled her sitcom, Roseanne Barr broke her silence about the controversy Tuesday night, apologizing to the cast and crew.

“Don’t feel sorry for me, guys!” she wrote. “I just want to apologize to the hundreds of people, and wonderful writers (all liberal) and talented actors who lost their jobs on my show due to my stupid tweet.”

She ends the tweet with the news that she “will be on Joe Rogan’s podcast Friday.”

The network canceled the top-rated Roseanne shortly after Barr made a racist comment about former Barack Obama adviser Valerie Jarrett, tweeting, “Muslim brotherhood & planet of the apes had a baby=vj.”

Roseanne also tweeted a direct apology to Jarrett on Tuesday night, writing, “@ValerieJarrett I want to apologize to you. I am very sorry to have hurt you. I hope you can accept this sincere apology!”

Earlier on Tuesday, before the show was canceled, Barr attempted to apologize via Twitter, writing, “I apologize to Valerie Jarrett and to all Americans. I am truly sorry for making a bad joke about her politics and her looks. I should have known better. Forgive me-my joke was in bad taste.” She then tweeted, “I apologize. I am now leaving Twitter.”

Despite the apologies, ABC Entertainment chief Channing Dungey decided to cancel the show.

“Roseanne’s Twitter statement is abhorrent, repugnant and inconsistent with our values, and we have decided to cancel her show,” Dungey said.