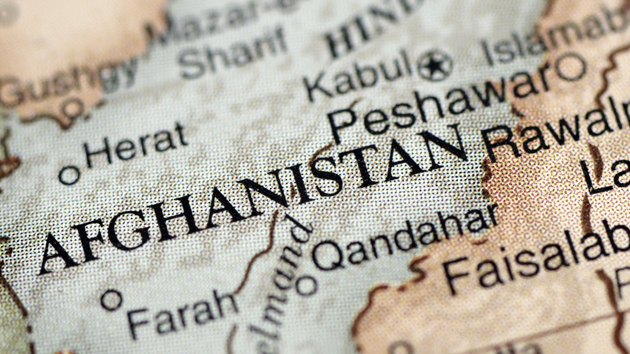 The U.S. embassy in Afghanistan has issued its first notifications to Afghans who worked for the U.S. mission and will be evacuated to an American military base in Virginia that flights are set to start next week as the U.S. withdraws the last troops after two decades of war.

But for those Afghans and their families who will be relocated, they will have to find their own way to Kabul, according to a senior State Department official, despite deep concerns about their safety.

The Taliban have waged a summer offensive to seize territory and a psychological victory, as the militant group stalls peace negotiations with the Afghan government.

The top U.S. military officer conceded Wednesday that the Taliban have the “strategic momentum” after winning “a significant amount of territory.”

The U.S. military withdrawal is 95% complete, but still scheduled to wrap up by Aug. 31, according to the Pentagon. But in the three months since President Joe Biden announced U.S. troops would depart, the security situation has deteriorated, with warnings of all-out civil war or the collapse of the Afghan government.

Before that withdrawal is complete, the Biden administration will evacuate Afghans who have applied for special immigrant visas to the U.S. after working as interpreters, guides and other contractors, a service for which the Taliban have put targets on their backs.

Despite that threat, the State Department said Wednesday it will not be able to provide transportation to Afghans who are approved for evacuation flights but have to make that potentially dangerous journey from home to the capital.

“They would have to get themselves to Kabul. Obviously, we don’t have a substantial U.S. military presence, we don’t have an ability to provide this transportation for them,” the senior official told ABC News.

With the Taliban in control of nearly half of the country’s districts, according to Milley, that risk can be high.

“If they’re, say, in the north of the country and they don’t feel safe staying in Afghanistan, they could go to a neighboring country and finish their SIV application process there,” officials added, using an acronym for the Special Immigrant Visa program.

But the militant group now controls several border crossings to those northern neighbors, leaving it unclear if that journey would be any safer.

So far, the State Department has confirmed that approximately 4,750 Afghan applicants will be relocated, along with their eligible family members like spouses, children and other dependents.

“We owe a great debt to those who have provided valuable and faithful service to the United States, working alongside our military and diplomatic personnel; thereby putting their own lives at risk,” Brian McKeon, the Deputy Secretary of State for Management and Resources, who is helping coordinate the effort, told reporters Wednesday.

The first group totals approximately 2,500 Afghans, about 750 applicants and their families, who have already been approved and cleared security vetting, according to senior State Department officials. They will be granted parole to enter the U.S. and be moved to Fort Lee, an Army base in central Virginia, for seven to 10 days as they await the final steps toward receiving their U.S. visa, including a medical evaluation.

An additional 4,000 Afghans, along with their families, will be evacuated from the country to a safe third country or a U.S. military installation overseas, the senior officials said, who declined to say where still, citing ongoing diplomatic conversations with other countries.

That list includes the United Arab Emirates, Qatar and Kuwait, according to two U.S. officials. All three of those locations host U.S. installations. The list also includes Afghanistan’s neighbors in Central Asia, such as Tajikistan, Uzbekistan and Kazakhstan.

The senior officials declined to provide a total estimate for this group because their own estimations vary widely, but one official told ABC News that each applicant brings on average between three and five dependents, which would put the range between 12,000 and 20,000 Afghans in total.

Approximately 20,000 Afghans have applied for this Special Immigrant Visa, according to a State Department spokesperson. But around half of them have not finished their applications, and the senior State Department official said they are “not in a position to move forward with their case until they do so,” which means leaving potentially 10,000 Afghans and their families behind.

Among the other 10,000 who have finished their application, however, it’s still unclear how many more the administration plans to evacuate beyond the 4,750 applicants and their families.

State Department spokesperson Ned Price told ABC News Wednesday that it’s “looking at all potential contingencies” still, neither ruling in or out more evacuations. But for now, “this is the group that we’re speaking to at the moment, the groups that we’re actively making plans for,” he added.

Among other “contingencies,” the administration is also “looking at other options and pathways for people who’ve helped us,” the senior official said, such as development workers, journalists for U.S. media outlets, and prominent women’s rights activists. That could include refugee status, other special visas, or humanitarian parole, which gives a foreign national temporary eligibility to enter the U.S.

While the administration still weighs those options, some critics have demanded they settle on plans urgently, warning of more targeted Taliban attacks against such high-profile targets, especially as they win control of more territory. U.S. special envoy for Afghanistan Zalmay Khalilzad noted Tuesday that there are “credible reports of atrocities” emerging from Taliban territory, while the top U.S. diplomat in Kabul, Chargé d’Affaires Ross Wilson, warned the Taliban were shutting down media in territory it now controlled and “attempting to conceal their violence in a press blackout.”

According to Milley, the Taliban now control about half of the country’s 419 district centers and are pressuring about half of the 34 provincial capitals. But they have yet to capture any capital, as Afghan security forces prioritize holding larger towns and cities, he said.

“I don’t think the endgame is yet written,” he told reporters Wednesday.