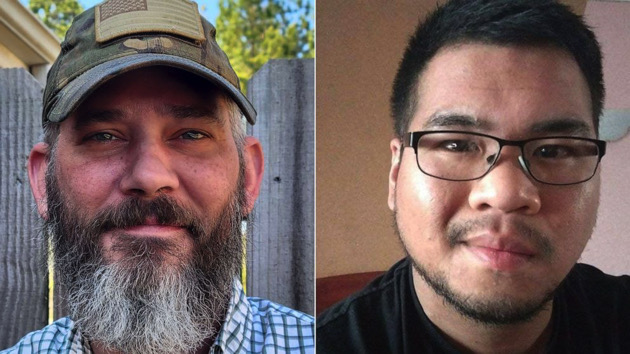 (NEW YORK) — Two Americans who were being held captive by Russian-backed forces after volunteering to fight with Ukrainian forces have been released, their families said.

Alexander Drueke and Andy Huynh, both military veterans from Alabama, were reported missing by their families following a fight in the Kharkiv area of Ukraine in June.

They are currently in the custody of the U.S. Embassy in Saudi Arabia, their families announced in a joint statement on Wednesday.

“We are thrilled to announce that Alex and Andy are free,” the families said. “They are safely in the custody of the US embassy in Saudi Arabia and after medical checks and debriefing they will return to the States.”

“We deeply appreciate everyone’s prayers and especially the close communication and support of our elected officials, Ukrainian Ambassador Markarova, and our members of the US embassies in Ukraine and Saudi Arabia and the US Department of State,” the statement continued.