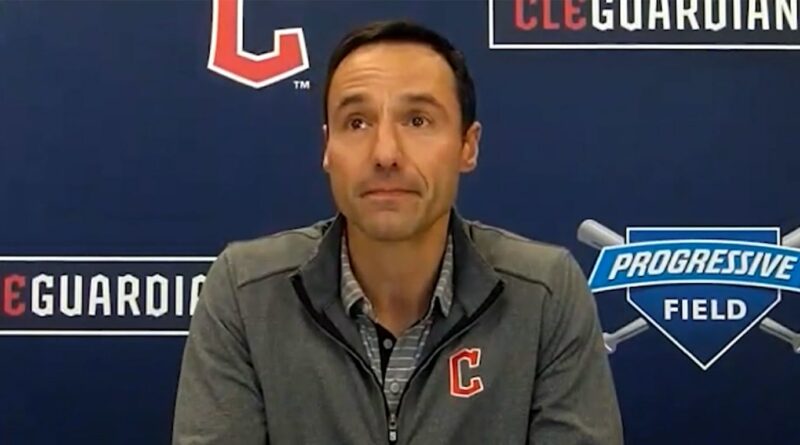 GOODYEAR, Ariz. — The expectations for the Guardians’ offseason were much higher this year because the club indicated there was more financial flexibility than in winters past. This time, the lack of moves wasn’t because of payroll or interest; it ended up being the execution that fell through.

Cleveland checked in on a handful of free agents and trade candidates like Matt Olson or Jesse Winker. They had plans on how to secure these targets, but in the end, each one of them found different homes and the club opted against having a Plan B.

The Guardians valued certain players to be worth trading prospects from within their system or clearing 40-man roster spots. When those main targets became unavailable, the team did not want to shake anything up internally for external players who weren’t its first choice.

This has resulted in a difficult position of balancing 11 prospects on the 40-man roster (all of whom have no previous Major League experience), hardly enough pitchers to fill their Opening Day roster and a lot of other unproven question marks.

“We did have a subset and a target of players — and more often than not, they didn’t end up here,” Guardians president of baseball operations Chris Antonetti explained on Sunday. “On that level, it can be disappointing, but it doesn’t take away from my excitement with the group we have. And there have been other times when we didn’t have those options to turn to internally and therefore our net was a little bit wider in that we would have taken almost anyone to fill a spot. We don’t feel like we’re at that point.”

What moves the team makes from here depends on its performance. Having manager Terry Francona back in the dugout can only help a young roster trying to find its identity. The organization knows there will be growing pains and it may take some time for some prospects to get their first promotions to the big leagues. But if the Guardians find themselves in a competitive position in July despite the hurdles that lie ahead, they have financial flexibility to add at the Trade Deadline.

“Yes, we’re in the position right now financially to add for 2022,” Antonetti said. “So I don’t think that’s the limiting factor for us right now. And our history suggests … I can’t think of a time when we’ve been in a competitive position at a typical Trade Deadline or even the August [2020] Deadline when there were opportunities to improve the team in years we’ve been competitive, finances haven’t been [an obstacle] to that.”

Even though the roster makeup is more unique than a traditional approach, the goals for Cleveland haven’t changed heading into 2022.

“I think when people look back over any of the successes or failures we’ve had, it’s mostly going to be what happened on the field,” Antonetti said. “I’m guessing if I were to ask you what our payroll was in 2016, no one cares. What they remember is we played in Game 7 of the World Series.

How can they get there? The journey will be difficult, but Francona has noted how enjoyable it can be to find ways to win when his team is considered an underdog. The rotation has the potential to be just as dominant as some of the others Cleveland has seen in recent years. But it will need run support.

There is little doubt when it comes to Jose Ramirez offensively, and Franmil Reyes has shown how hot his bat can get in spurts. But the club will need to find other hitters who can produce.

“I think right now, we’re counting on that young group of players to step forward and do that,” Antonetti said.” It could be a combination of players that already have that Major League experience and now need to take that next step of contributing at a higher level in the Major Leagues, and there will be some players who haven’t yet had that Major League opportunity. We believe they’ll get that this year, and we’re hopeful they’ll make the most of it.

“We need guys to take advantage of the opportunities that are in front of them. And to the extent they’re able to do that, we think it could make for an exciting year.”