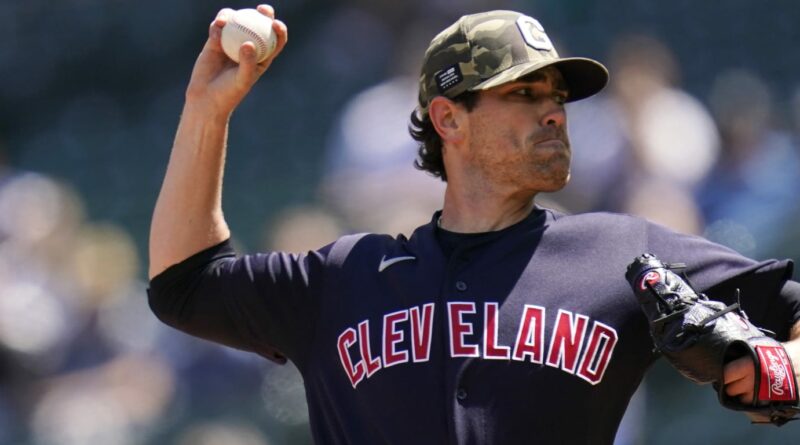 PEORIA, Ariz. — Shane Bieber has reached legendary status and he’s not even 27 years old yet.

In fact, it’s because the right-hander is still 26 that his name is listed among the organization’s greats.

Overall, Bieber will be the 13th pitcher to make three consecutive Opening Day starts for the organization.

So far this spring, Bieber has pitched primarily on the back fields and only 1 1/3 innings in Cactus League play. Last season, he missed three months because a shoulder injury and finished with a 7-4 record and a 3.17 ERA in 96 2/3 innings during 16 starts. The pitcher is healthy and ready to go.

“We just wanted to make sure that he was ready and see if we needed to alter [rotation],” Francona said. “The way we are coming into the season isn’t the way guys pitched, just because it’s a short spring and we need to give them the best chance to be as ready as they can be.”

The Guardians open the season on April 7 against the Royals in Kansas City. The rotation has not been set after Opening Day.

Aaron Civale is returning to familiar form and could be setting himself up for another strong first half of the season.

On Thursday, the right-hander allowed one run on two hits in four strong innings in the 3-2 loss against Mariners at the Peoria Sports Complex. He struck out seven. In his previous outing, Civale allowed two runs on three hits in three innings against the Giants.

“A lot of it for me is the feel,” Civale said. “If you are looking at the results, it’s going to be a long career because you are going to ride those waves and those are dangerous waves to ride. You just have to take into account all of the preparation you did going into the game, and if you execute the best that you can, those are the results I’m interested in.”

The results have been noteworthy.

Last year at this time, Civale showed up with a new delivery. He proceeded to go 10-2 with 3.32 ERA in 97 2/3 innings before being sidelined for more than two months because of a strained middle finger.

“It’s year No. 2 with the arm-action change and I’m settling into that,” Civale said. “I’ve had an offseason to grow with that instead of just learning.”

Veteran catcher Sandy Leon was informed that he will not make the big league club and elected to become a free agent.

Francona stopped short of naming Bryan Lavastida as the backup catcher for starter Austin Hedges, so it remains uncertain what the club will do at the position. Luke Maile, the club’s primary backup catcher, has been slowed by left hamstring tightness.

“Maile is not ready,” Francona said. “He’s doing well and the timetable we gave at the beginning is still going to be right on. I think they said three to four weeks, and that’s what they are looking at.”