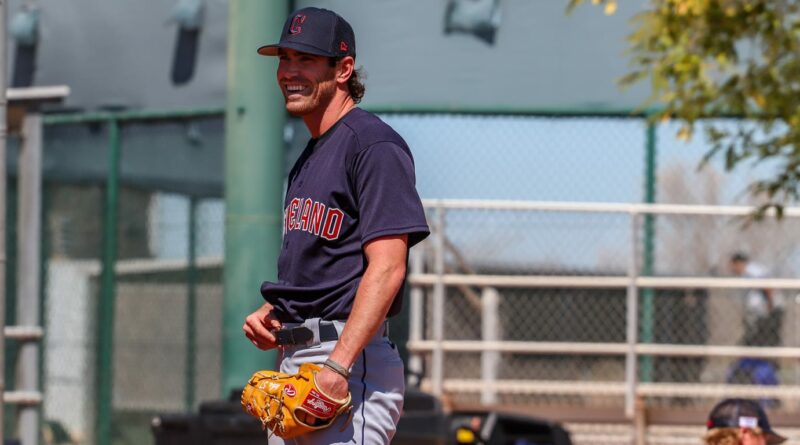 GOODYEAR, Ariz. — Part of Cleveland’s plan last year was to get ace Shane Bieber back on the rubber before the end of the season, even if it meant he would throw only a handful of innings. They pulled it off just in the nick of time.

“We wanted him to go home and have the most normal offseason he could have,” Guardians manager Terry Francona said. “We weren’t gonna rush it to do something wrong, but for him to go home and every time he had a workout be thinking, ‘Man, I feel good, but I haven’t pitched in a game,’ because there’s always that last gear. He’s already done that. He’s already reached back and he felt good.”

In a perfect world, Bieber would’ve loved to make more than just two starts in the final month of the 2021 season, but he agreed that it was essential for him that he did before the offseason. The first outing was dominant and he battled command troubles in the second, but the righty was relieved to have reached that step, regardless of the outcome.

“It was big for me,” Bieber said. “I would have liked to be able to throw more, but to get back out there, feel the game, feel the mound, face an opponent, guys that I know, guys that know me, it just felt like a hump to get over.”

His shoulder issues are in the past as Bieber said he’s been feeling much better for a while, and he’s focused on how well he was throwing before the pain became unbearable. Through his first 13 starts, he pitched to a 2.96 ERA with 122 strikeouts and 31 walks in 85 innings. After his 14th outing against the Mariners, he realized that his shoulder needed a break. What the team hoped would be a few weeks on the injured list turned into a three-month stint, sidelining him until Sept. 24.

“I would have liked to be back out there as quick as possible,” Bieber said, “I guess the silver lining was I learned a lot about myself and I tried to stay as patient as possible. … I know we talked every now and then during the year last year about trying to be a good teammate and a good person in general. That’s what I try to focus on: ‘How do I level up myself, not just as an athlete, as a pitcher, but as a teammate and as a person?'”

Bieber was able to treat the offseason like any other winter and built himself up to 45-50 pitches just before camp got underway. As he waited to find out the official report date, he kept himself around 30-35 pitches to make sure he wasn’t getting too aggressive while maintaining a spot that would be easy to ramp up from. But his main focus was honing in on everything that’s made him successful over the last few years.

Bieber threw his second bullpen session on Tuesday (32 pitches), and his next step will be to throw his first round of live batting practice in the next few days. Now, he’s looking forward to facing his own teammates to help him prepare for Opening Day.

“You don’t [get live feedback from the hitter] in a big league game. Like, ‘Hey, what did you see there? What did that do?'” Bieber said. “But you have an opportunity to do that with some of your friends, some of your teammates, but there’s obviously that level of competitiveness because you don’t want to get got. It is what it is, it’s a good way to get going.”

While Bieber is focused on what he can do on the field, he still has to have a few off-field conversations, considering teams weren’t able to communicate with their players over the winter. Bieber and the Guardians will try to avoid arbitration next week, but the hurler is open to having conversations about the future, as well.

“I love the organization,” Bieber said. “I love the people. I love the relationships and [I’m] always open to discussing something and figuring something out. At the same time, I know Chris [Antonetti] and everybody else trusts that that will get handled in its own right, and it’s just being here and getting ready for a full 162, which is really exciting for me. I have a definite hunger to get out there and throw this year.”